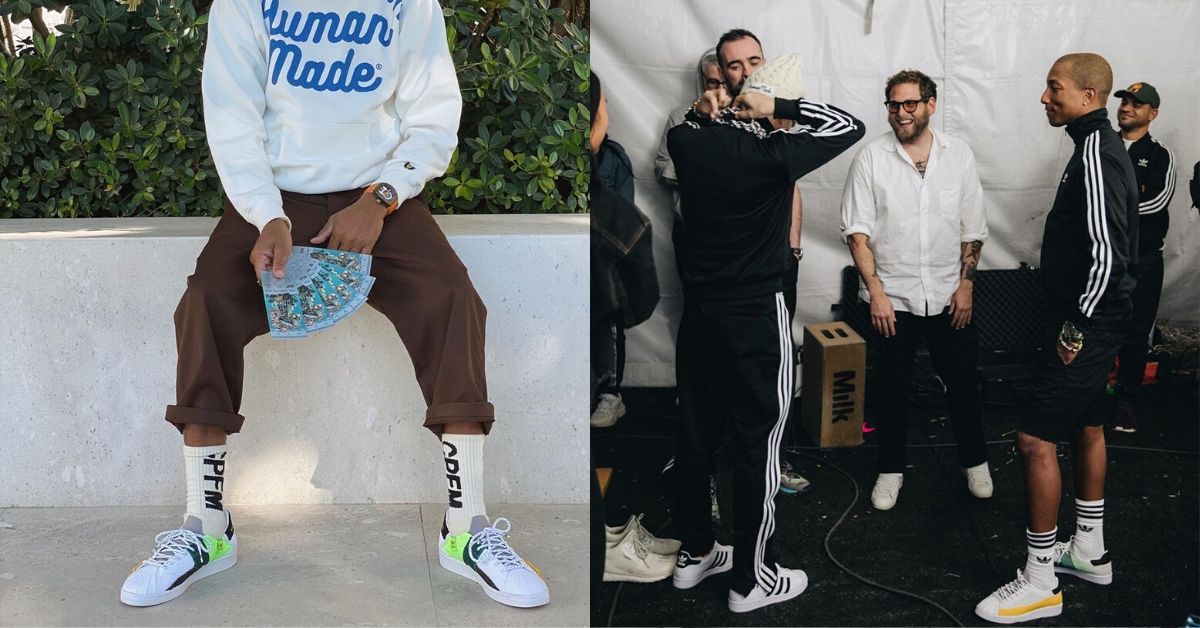 The adidas Superstar silhouette is celebrating its 50th anniversary this year and a bold iteration might be coming sooner than you think. Here’s a first look at the Pharrell Williams adidas Superstar Green Yellow sneaker.

The first collaboration between the singer and Adidas goes back to 2016 when they released the first NMD Hu Yellow. Now, both are breaking away from the NMD to focus on the Superstar instead.

The pair has just been teased for the first time on Pharrell Williams’ Instagram page.

Dressed in white leather similar to the original model, the sneaker is modernized with multicoloured panels. Green blocks appear on the medial panels and thick yellow stripes on the lateral sides. A black heel tab completes the sober design.

Take a first look at the Adidas Superstar x Pharrell Williams Green Yellow in the gallery just below.

No official release date has been set yet for the Pharrell Williams x Adidas Superstar collaboration. But stay tuned, we will keep you posted as soon as new information surfaces.

Adidas also released a great video ad to celebrate the 50th anniversary of its Superstar silhouette. Directed by none other than Jonah Hill, this video welcomes plenty of stars such as Pharrell Williams, Sfera Ebbasta, Jackson Wang, Paul Pogba, Nigo and Blondey McCoy.

Take a look at the video ad just below.

Do not forget to follow us on social media, and while you are here you might want to take a look at the new colorways of the Prada x Adidas Superstar collab.