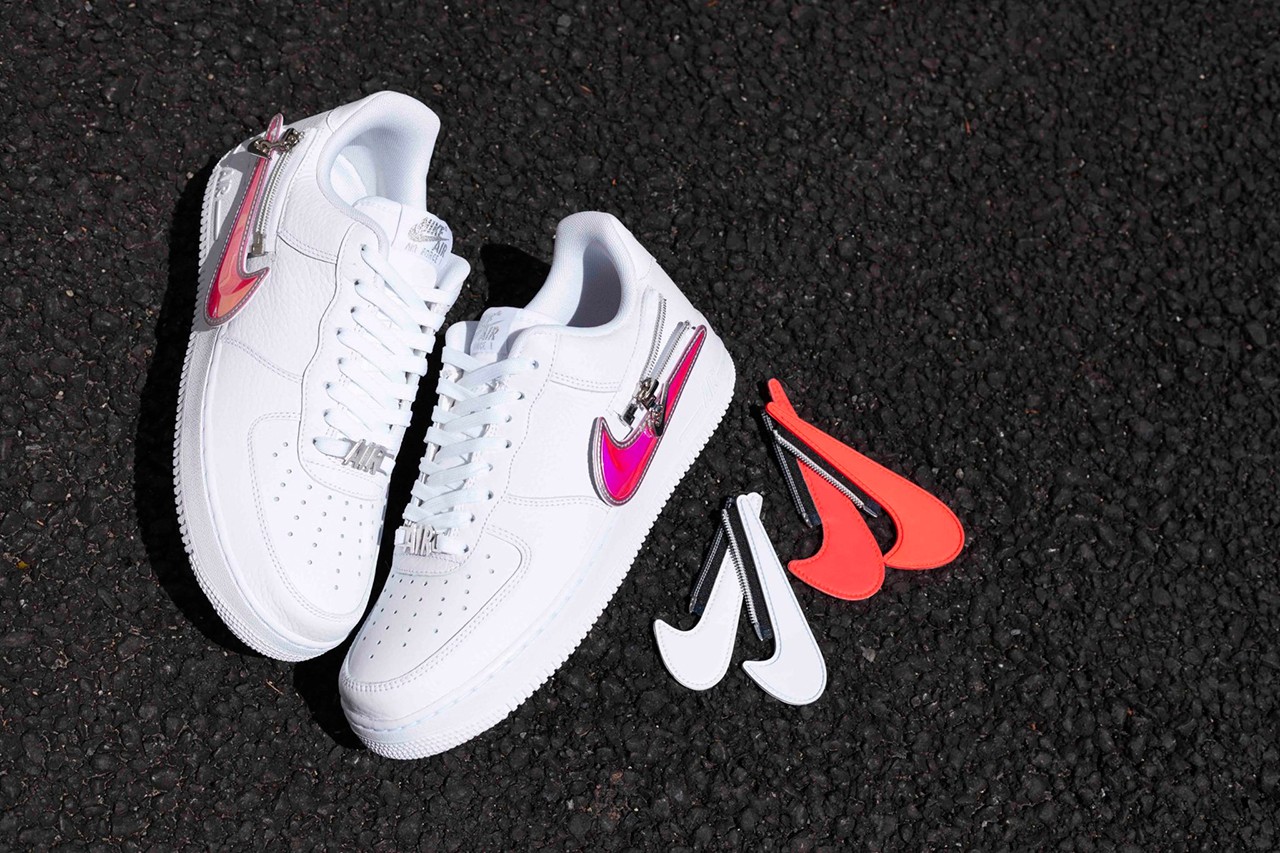 Nike Sportswear is once again experimenting on its iconic Air Force 1 and unveils a new AF1 “Zip Swoosh” iteration. Here’s a full look at the sneaker as well as its release date.

If there is one brand that always finds a way to refresh its classic sneaker silhouettes it’s with no doubt Nike. The footwear company never stops to produce unexpected iterations of its popular silhouettes.

Now, Nike has unveiled a deconstructed iteration of its iconic Air Force 1 silhouette dubbed the AF1 “Zip Swoosh”. The latest comes in two signature colorways of black and white.

The Air Force 1s are made of premium grained leather and sport a contrasting swoosh emblem on the medial side. The unique feature of those sneakers appears on the lateral side. Indeed, Nike introduces zippable and switchable swooshes. The brand allows you to play with some iridescent hues of neon, chrome and more.

Branding details include a metallic “Nike AIR” text on the heel tab of both colorways as well as large silver-toned “AIR” lace dubraes and tongue tags.

Take a close look at the black and white AF1 “Zip Swoosh” in the galleries just above.

The Nike Air Force 1 “Zip Swoosh” is expected to release on atmos Tokyo’s website and on Nike.com on April 24. Both sneakers will retail for $130 USD.

While you are here, you might want to hear about Ronnie Fieg’s Japan-Themed KITH x Nike Air Force 1.

As always, stay tuned for more sneaker releases and don’t forget to follow us on social media.

Fiorucci & Adidas Originals Are Back With A New Collaboration