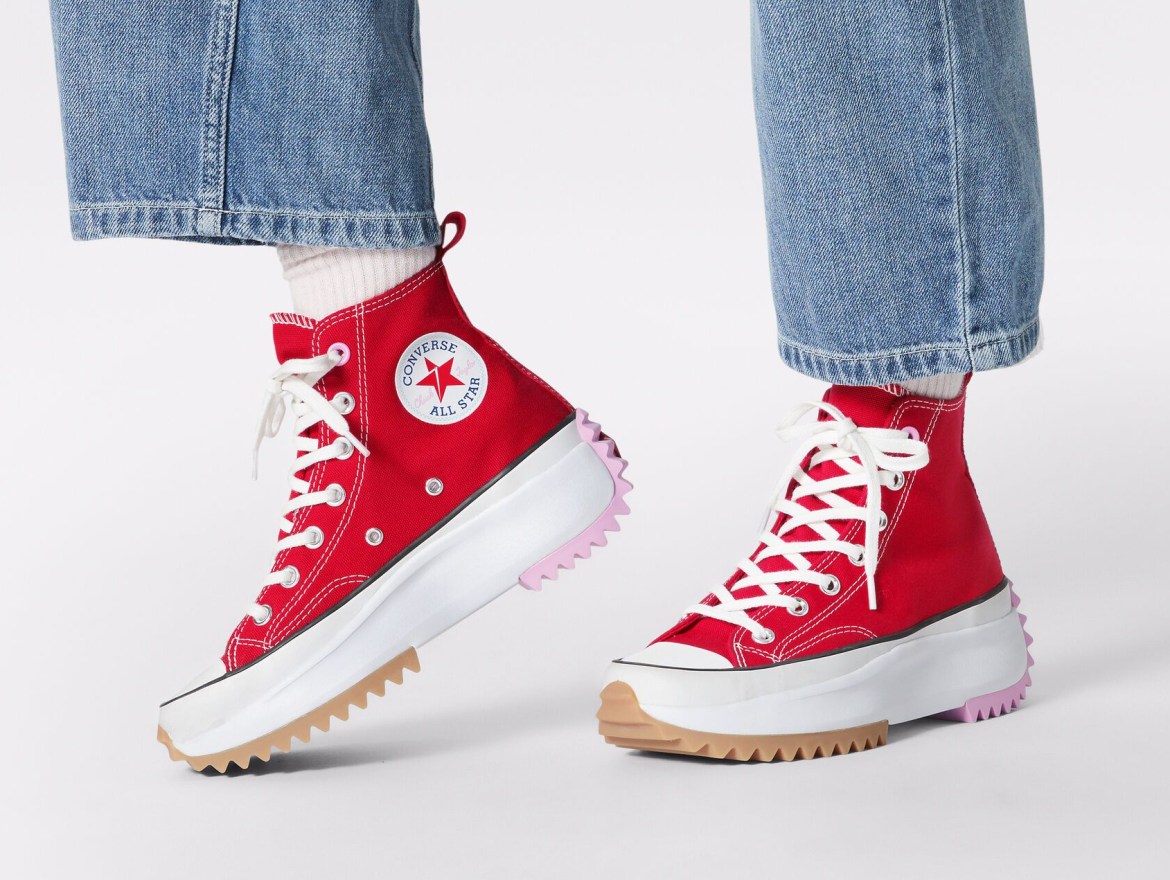 With the onset of spring, Converse takes the iconic Run Star Hike VLTG and gives it two seasonal makeovers. Here is a closer look at the new sneaker designs.

Considered as one of 2019’s most recognizable Converse sneakers, the Run Star Hike, was originally a collaborative partnership between Converse and JW Anderson. But, due to the success of this collab, Converse now offers the model as a part of its ongoing seasonal lineup.

Just in time for spring, Converse has given its popular platform silhouette a fresh makeover. In fact, the statement shoe arrives in two new colourways, red and teal. Of course, both sport the trainer’s signature midsole equipped with the jagged outsole.

An interesting detail comes at the back of the sneaker. In fact, the red iteration sees a pink heel piece, whereas the teal design boasts a dark blue hue.

Both pairs are finished off with crisp white laces.

Take a closer look at the two fresh colorways in the gallery just below.

For those who prefer to stay sober in terms of colorways, the Run Star Hike is also available in black and white iterations.

Its unique star placement at the heel also stays put. While JW Anderson’s versions arrived in striking colorways including green and pink glitter, Converse will begin by releasing the shoe in classic ways. Make your choice and be ready to make a statement with those Converse Run Star Hike.

Nike Turns its Iconic Shoe Box into a Bag