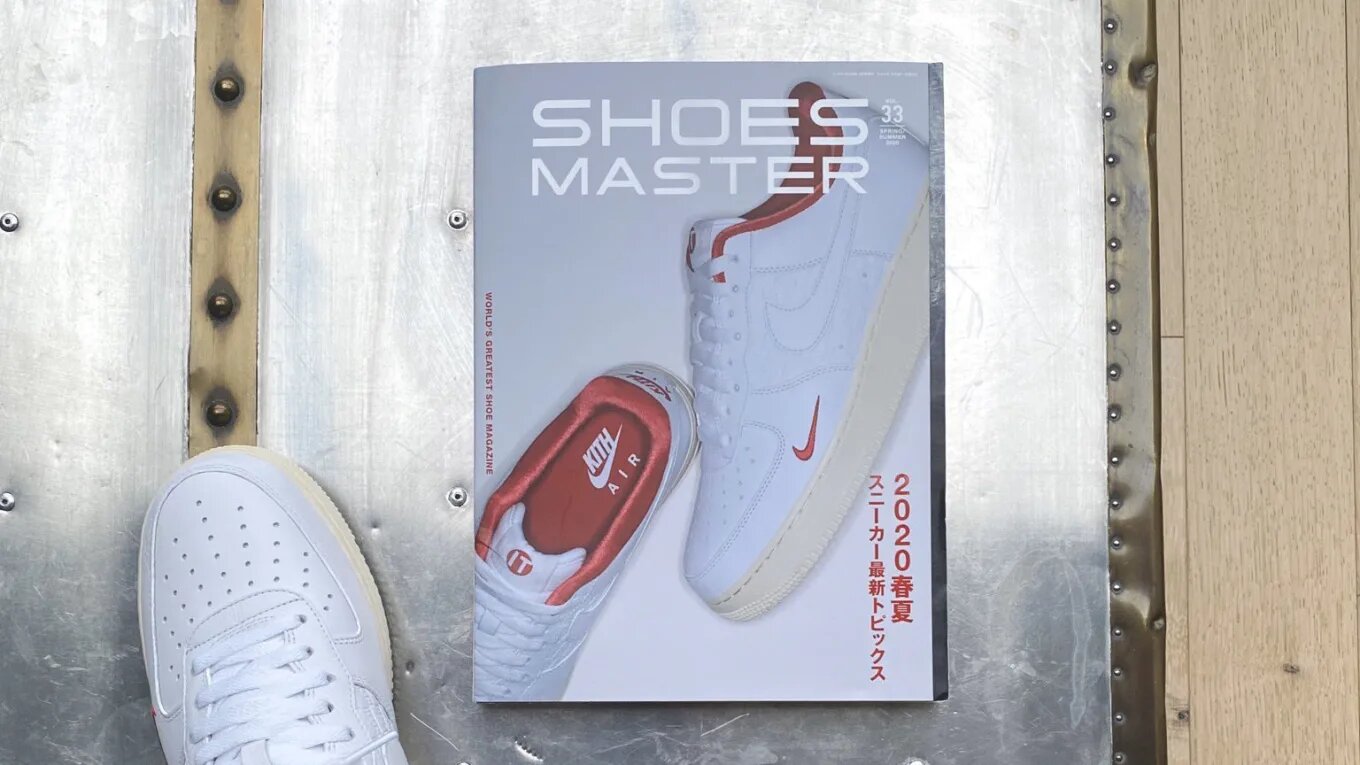 Back in November of last year, Ronnie Fieg unveiled the first KITH x Nike Air Force 1 collab and, naturally enough, the internet exploded. Now, the designer has taken to his Instagram to debut a new Japan-themed KITH Air Force 1. Here’s everything that we know so far!

5 days ago, Ronnie Fieg shared a picture on Instagram teasing a new Japan-Themed Kith x AF1. The post included the following caption: “First cover of my favourite sneaker publication of all time. The only way to announce this one”

Unveiled on the cover of the latest Shoes Master magazine, the Air Force 1 comes in a crisp white leather upper. Touches of red are spread across different elements of the shoe such as the sockliner, the insole and the miniature Swoosh on the lateral forefoot.

Branding details include a tonal debossed KITH logo on the quarter panel as well as a red “KITH AIR” heel logo.

However, the key branding element arrives on the tongue tag, where the KITH logo is superimposed onto the Japanese flag, highlighting the letters “IT” in the middle.

Rounding it all off is an off-white Air midsole. The latest provides comfort and cushioning for your everyday street style!

Make sure to take a close look at the Japan-themed KITH x Nike Air Force 1 in the pictures above!

Although last year’s AF1s were limited to friends-and-family, this Japan-themed iteration should be released globally.

A release date, price and potential KITH Tokyo store opening have yet to be announced or confirmed.

While you’re here, you might want to take a closer look at the Supreme x Nike Air Force 1 Low.