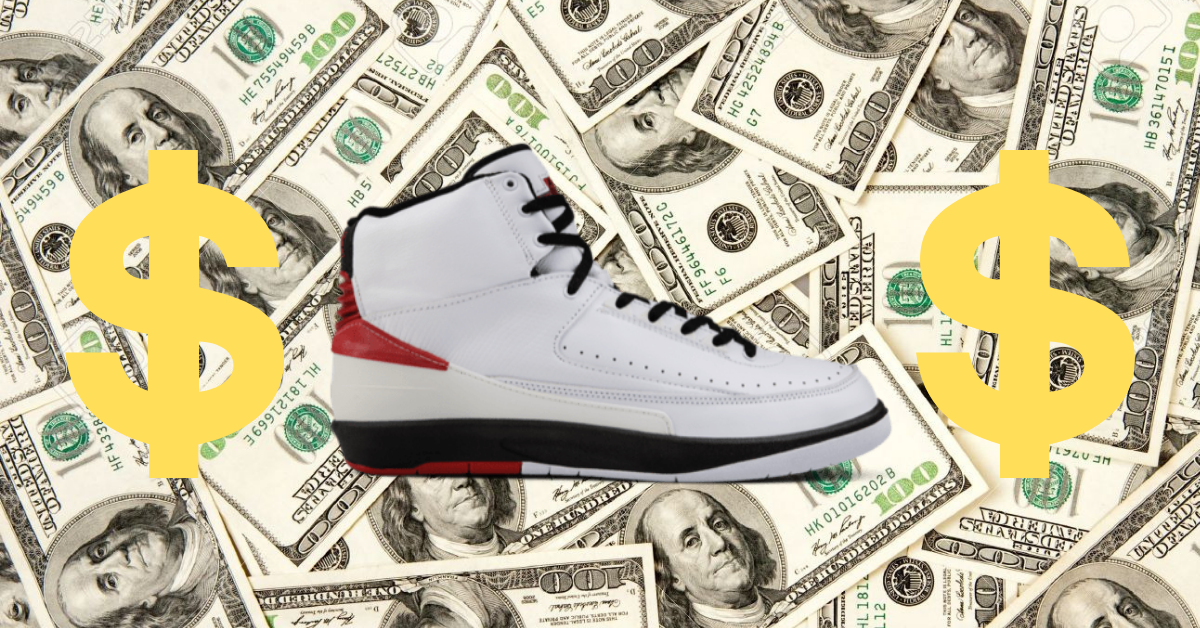 Air Jordans are not only known for being one of the best-selling sneakers, but also one of the most expensive fashion collectibles in the world. Even though the sneakers are a bit pricey, they have made their way into the hearts of sneakerheads, even to those who are neither basketball nor Michael Jordan fans. They are so grounded into the streetwear community that people are willing to wait hours in line to get a pair of their own, even in 2019! Some say it might be an investment behavior, with the resell market being so popular. Some limited Air Jordan sneakers are reselling for incredible amounts. Thus, we decided to list the top 10 most expensive Air Jordan sneakers in 2019. 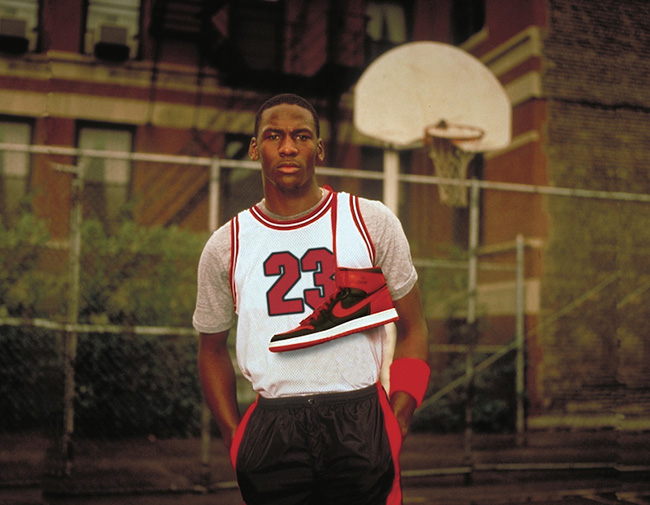 Michael Jordan was, without a doubt, one of the greatest basketball players in history. Throughout his career, he not only managed to change the way the sport was played, but he also redefined basketball’s relationship to style. In fact, he launched the first Air Jordan OG in 1985 with a black and red colorway. You might not know it, but this colorway violated the NBA’s uniform policy. So much that they would send a $5000 fine each time a player wore the shoes on the court. That was an enormous amount of money back in 1985. It is trough sport and controversy that the Air Jordan was rapidly recognized as the ultimate sneaker every sneakerhead should own. More than 34 years later, people are still waiting in line to cop the latest Air Jordan release. No wonder why Air Jordans are one of the most expensive sneakers in 2019. 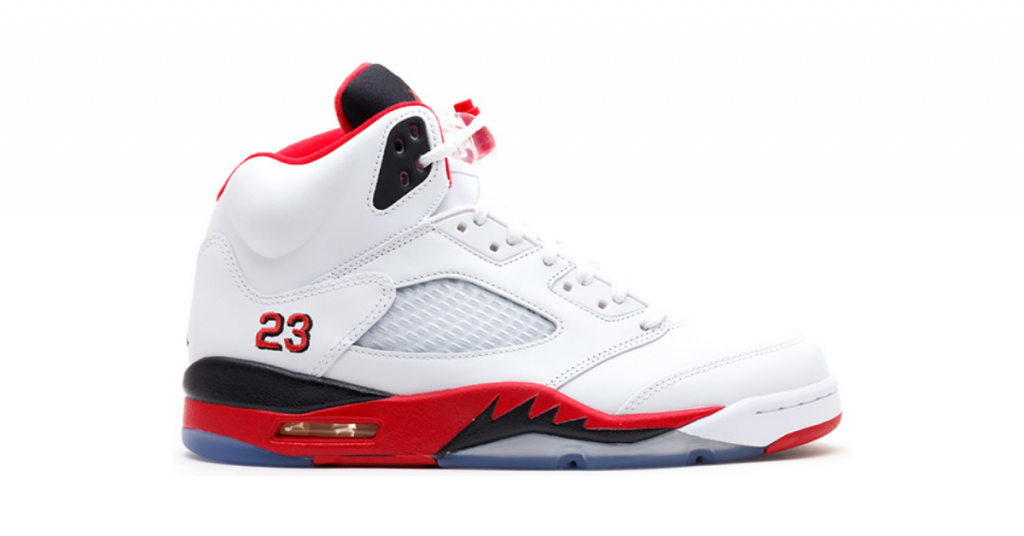 The Air Jordan V SE is the fifth signature sneaker of Michael Jordan. The pair, designed by Tinker Hatfield and inspired by World War II fighter planes, was released in 1990. What’s special about this sneaker is that it is the first Air Jordan model to feature a jumpman logo on the heel, which was used in subsequent releases. Before the Jordan V SE, there was a printed “Nike Air” logo on the heel. The V SE model also features a shark mouth design and MJ’s jersey number, 23. Although it is the first on our list of the most expensive Air Jordans, which means it is the cheapest, it is far from being affordable. In fact, this pair has been sold for $10,000. 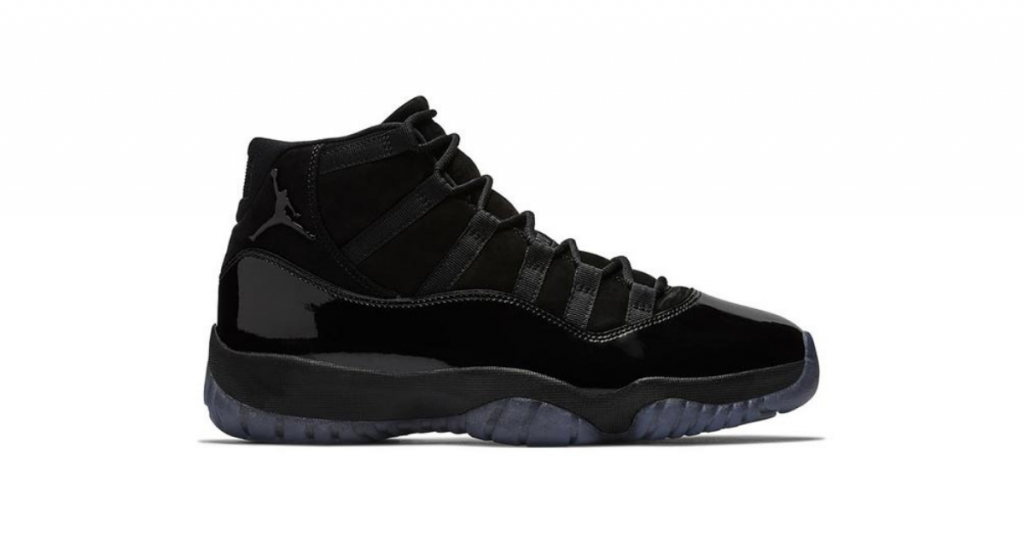 When the first pictures of the “Air Jordan 11 Blackout” leaked in 2012, fans went out of control. Its triple black colorway, mixed with its clear sole was so uncommon that it took seconds for the hype to become gigantic. A particular fan went crazier buying a sample from the collection for the tremendous amount of $11,267, making it the 9th most expensive Air Jordan ever sold. 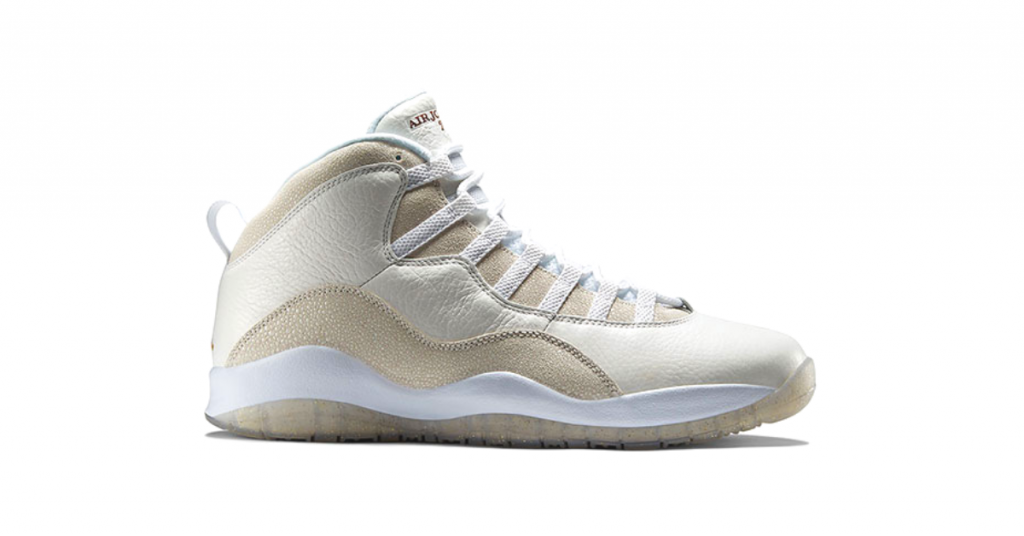 This pair, alongside with the Air Jordan 12 OVO, was given to Drake and his crew to highlight the partnership with Jordan Brand. It was designed as a personal gift to the rapper and his crew. However, during the Toronto Raptor’s event called “Drake Night”, a fan got his hands on a pair. As most people would, he immediately put the sneaker up for sale. He managed to find a buyer for $20,000, which makes this shoe one of the most expensive Air Jordan ever sold. 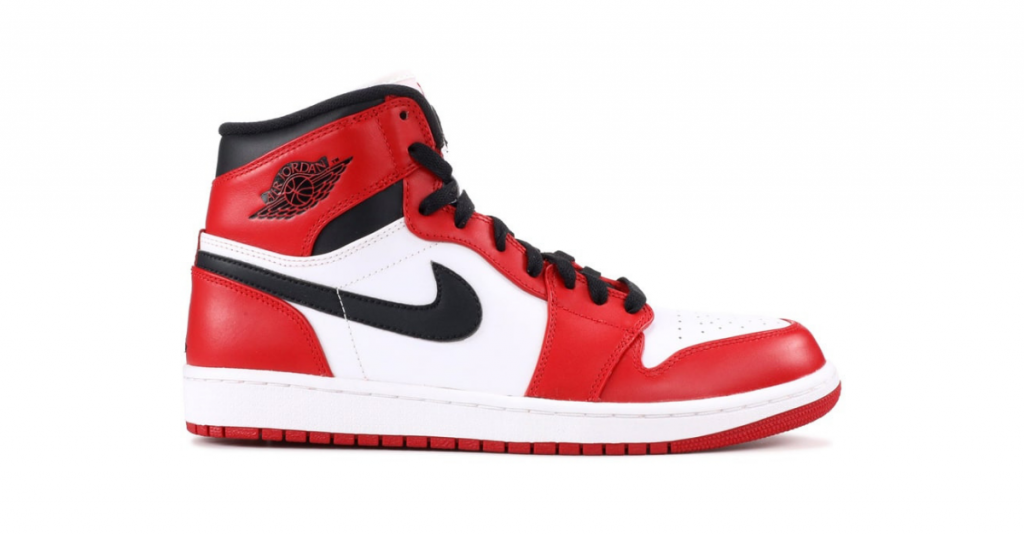 Also one of the most expensive Air Jordan sneaker, this pair was worn by Michael Jordan in the 1985 NBA All-Star game. That night, he was one of the few NBA players to be named an All-Star starter during his rookie year. Even though it wasn’t his best performance, he still played on the same court as Moses Malone, Larry Bird, Julius Erving and Isiah Thomas, which is worth remembering. At the end of the game, he had signed the sneakers and ultimately they sold for $21,780. 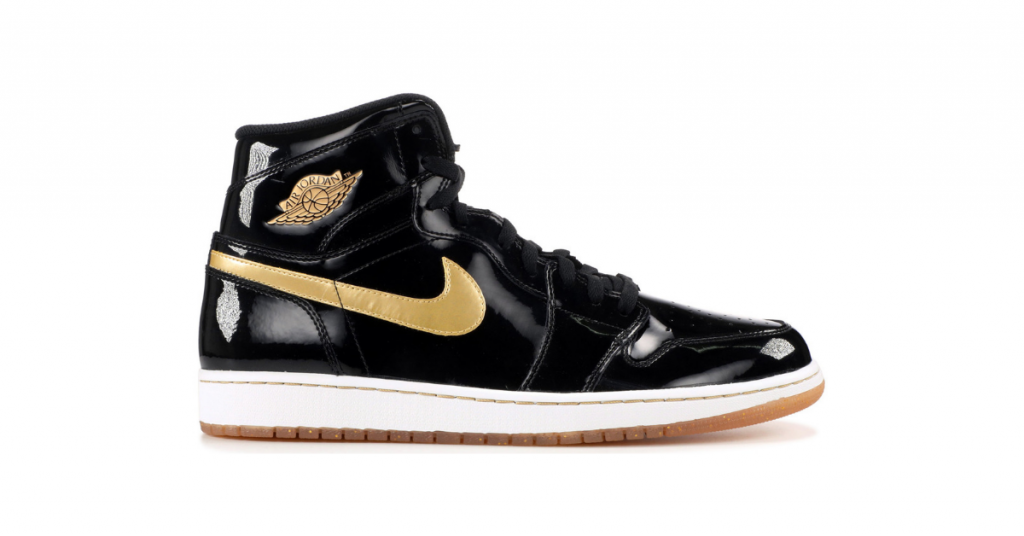 With only 12 pairs released, no wonder how it got to our most expensive Air Jordan sneakers list! The black and metallic gold colorway was exclusively distributed in Asia in 1985. It was the first of multiple black and gold designs from Jordan brand. Collectors are known to pay incredible amounts to get their hands on firsts ever made pieces, and this is true in every collectible. This pair has been sold for $25,000. 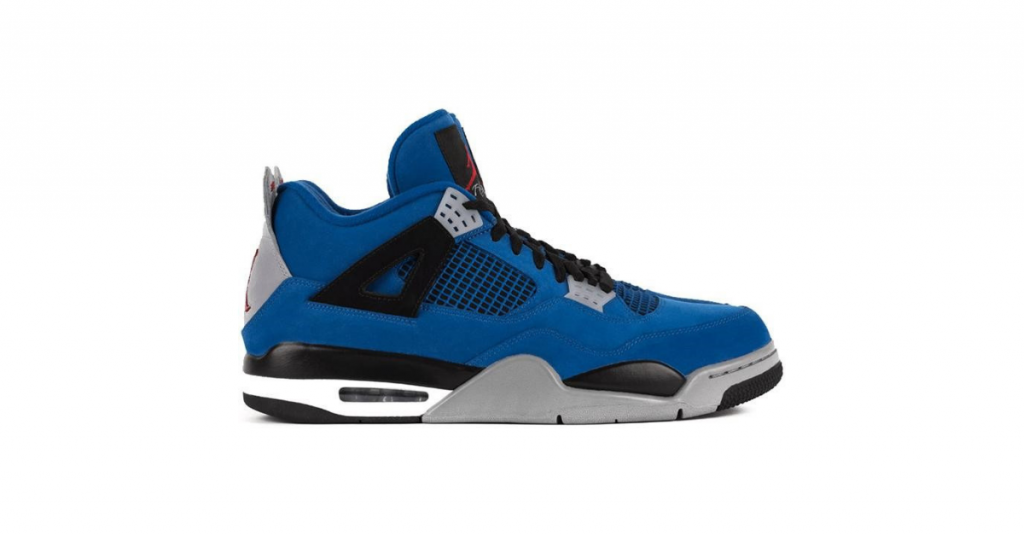 This particular Air Jordan sneaker has an interesting story. It didn’t go on sale but it was auctioned on eBay with the proceeds going to the Michigan State University Music School’s drive to enroll local students. A total of 10 pairs were auctioned for a total of $227,000. The most expensive Air Jordan 4 Eminem x Carhartt was sold for $30,100. 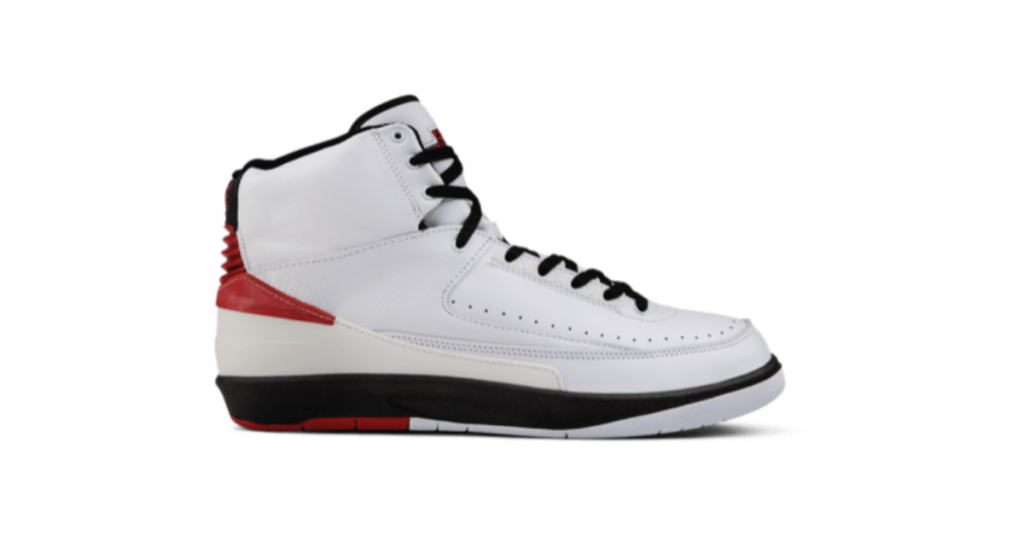 The Air Jordan 2 wasn’t a popular model among basketball and Jordan fans. Unexpectedly, this particular pair got sold on eBay for a whopping 31,000$, making it the fourth most expensive Air Jordan ever sold. Even more surprisingly, based on the images posted, the shoe sold on eBay had been worn and didn’t look like it belonged to a shoe collector. 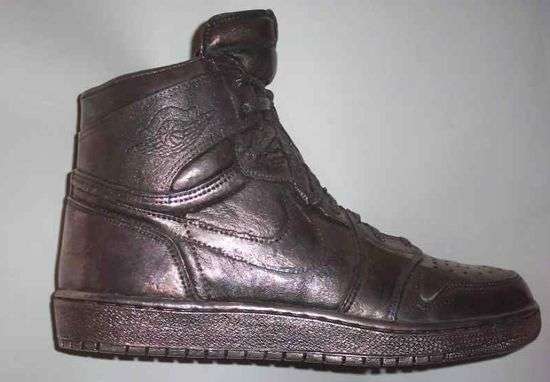 When you know that this shoe is made of actual silver and that it weighs over 10 pounds, it’s easy to understand that it’s one of the most expensive Air Jordan sneakers ever sold. But, it also has an interesting story. In fact, it was given to Michael Jordan by his wife for his 32nd birthday. She commissioned a jeweler to mold sterling silver on the shoe. Then, the autographed pair was sold on eBay for a crazy $60,000. 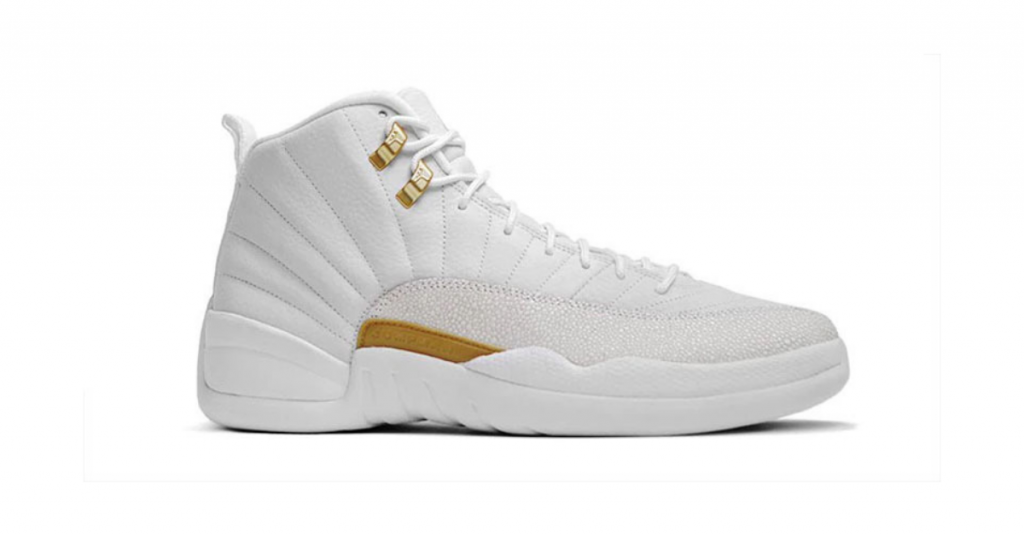 This sneaker shares a similar story with the Air Jordan x OVO. In fact, both pairs were given to fans at the Toronto Raptor’s event called “Drake Night”. The lady who received this one managed to sell it for $100,000, making it the second most expensive Air Jordan ever sold.  There were 154 bidders on eBay fighting to get the pair.

Unlike the other OVO featured previously, this Air Jordan 12 model was released to the public. Click here for more info. The “flu game” is one of the most iconic games in Michael Jordan’s career. It was game five in a 2-2 series against Utah Jazz in the 1997 NBA Finals. Utah Jazz was on a roll, winning the last two games. Playing sick with flu-like symptoms, Jordan managed to lead the Chicago Bulls to victory, scoring 15 points in the 4th quarter.

After the game, MJ personally gave his kicks to Preston Truman who later auctioned the shoes on eBay at a starting price of $5,000. 15 bids later, the shoes were sold for $104,765, making them the most expensive Air Jordans ever sold!

There you have it, our top 10 most expensive Air Jordans ever sold. Say what you will but these sneakers’ prices are not based exclusively on the way they are made and what they are made of, they reflect pieces of history in the life of one of the greatest basketball player we’ve ever seen.

Expensive Air Jordans given by Eminem

StockX and Eminem teamed up to bring back perhaps the most iconic sneaker collaboration of all time ⁠— the Eminem Jordan 4 Encore.  Only 23 pairs of this sneaker exist anywhere in the world and StockX had the only pair that was made available to the public.

If you’re interested in other sneakers than Jordans, you might want to take a look at our top 10 most expensive sneakers in the world.