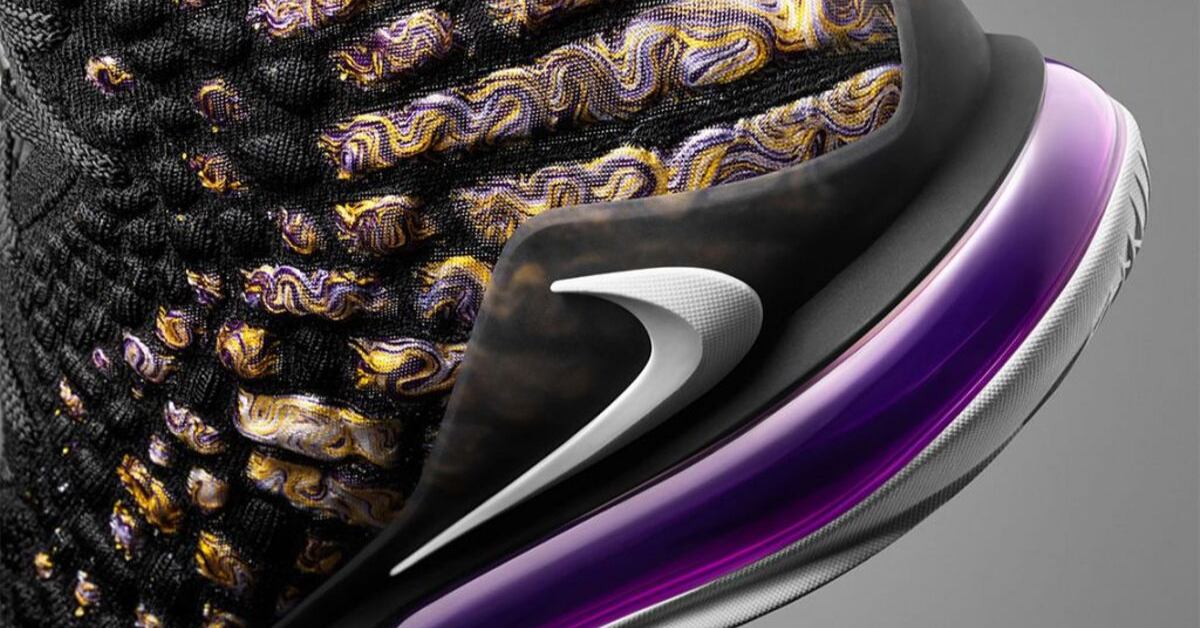 The NBA season kicks off in a little more than a month and the sports giant Nike made a huge announcement. In fact, the official release of the Nike LeBron XVII is set. This sneaker will be offered in several colorways.

“If you look at the evolution of LeBron’s line, you’ll see how he loves Max Air, and we felt like the volume of Air in the 17 was the next solution in providing the stabilization and support he needs” – Jason Petrie

The new signature sneaker features two independent Air Zoom Pods on the forefoot as well as a Knitposite upper. LeBron’s signature detailing has been moved to the tongue, including the citations and symbols “I’m King,” “LJ,” and “23.” The jagged topline is meant to evoke a crown.

The Nike LeBron XVII also comes in a Lakers colorway. This shoe was gradually revealed on social media. It began on Instagram with a picture of LeBron himself working with the shoe. Then, the official picture were released. As you can see below, the sneaker features a purple Max Air heel unit as well as a visible Zoom at the forefoot as well as a mixed blend on the newly engineered Knit upper.