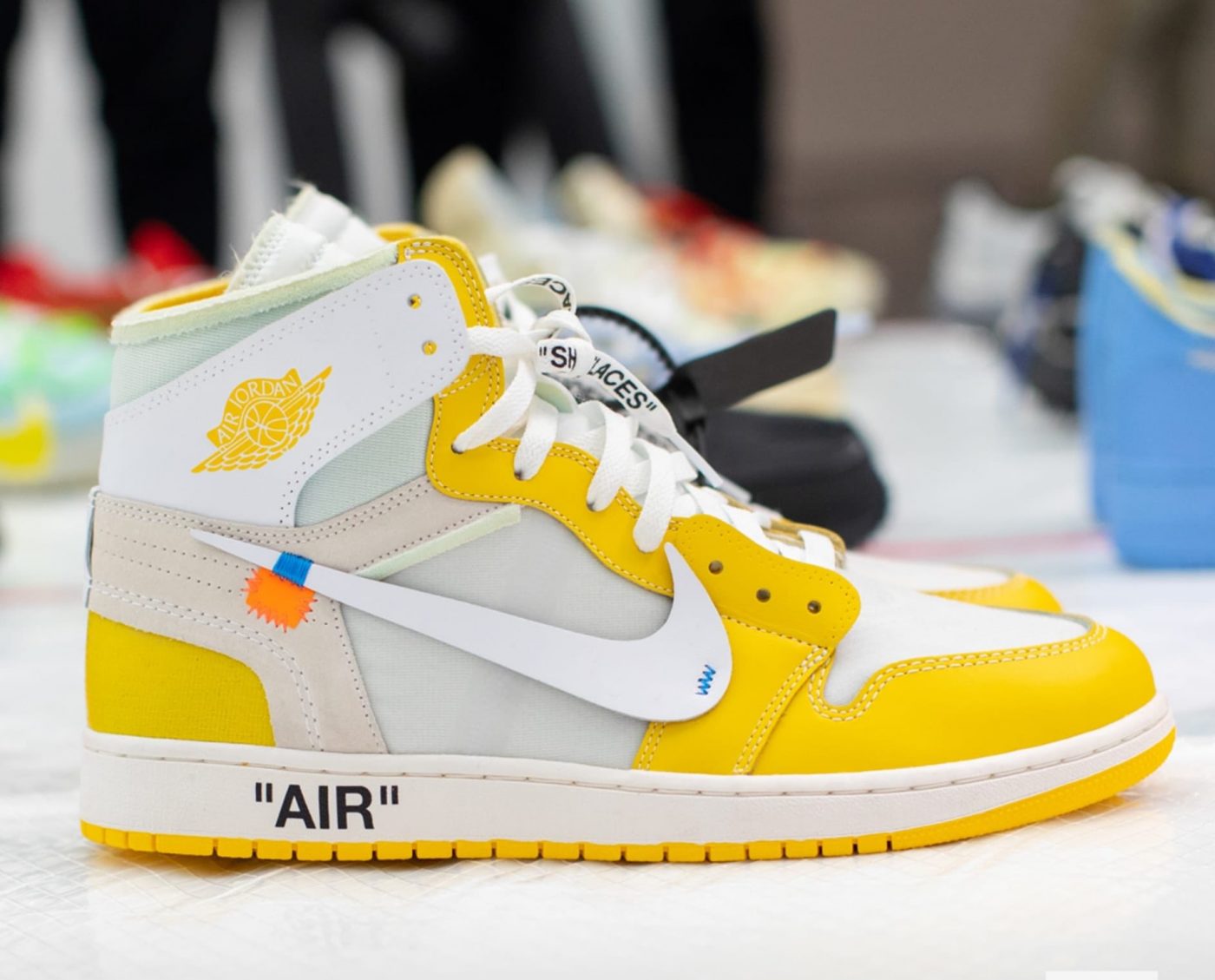 The Off-White x Air Jordan 1 “Canary Yellow” prototype was originally spotted during Virgil Abloh’s “Figures of Speech” exhibition at Chicago’s Museum of Contemporary Art (MCA). It looks like the sample sneaker will be releasing after all.

Last summer, at the MCA exhibition, Virgil Abloh unveiled a ton of Off-White x Nike sneaker prototypes he has worked on over the years. The exposition featured 45 samples that ended up making a lot of noise on social media.

Among all the sneakers that were unveiled, the Off-White x Air Jordan 1 “Canary Yellow” was arguably the key piece. In fact, it was one of the most talked-about by Virgil’s fans.

A couple of months after the sneaker prototype was unveiled, it now looks like it could be releasing next year!

The pair comes in a white/canary yellow colorway and is made out of mesh, leather, and suede. Just like typical Off-White AJ1s, it features the iconic deconstructed design including exposed foam, stitched Swooshes, and the signature zip tie. The latest comes in black and presents a “2020” print.

Moreover, industrial-inspired markings make their way to the laces and midsole, where you’ll find the iconic “AIR” branding.

Rumors of a general release came about after pro-skater Bam Margiela was spotted skating in a pair. Upon taking a closer look at the tag, people found that it said “C. 2020”, which might be referring to the upcoming release date.

At this moment, pretty much nothing else is known about this sneaker release. However, stay tuned, we will keep you posted as soon as we can get our hands on official images, pricing details and a release date.

One thing that’s for sure is that 2020 is going to be another huge year for Off-White and Virgil Abloh.

In the meantime, fans can take a look at the latest Off-White x Nike Dunk Low Pack.