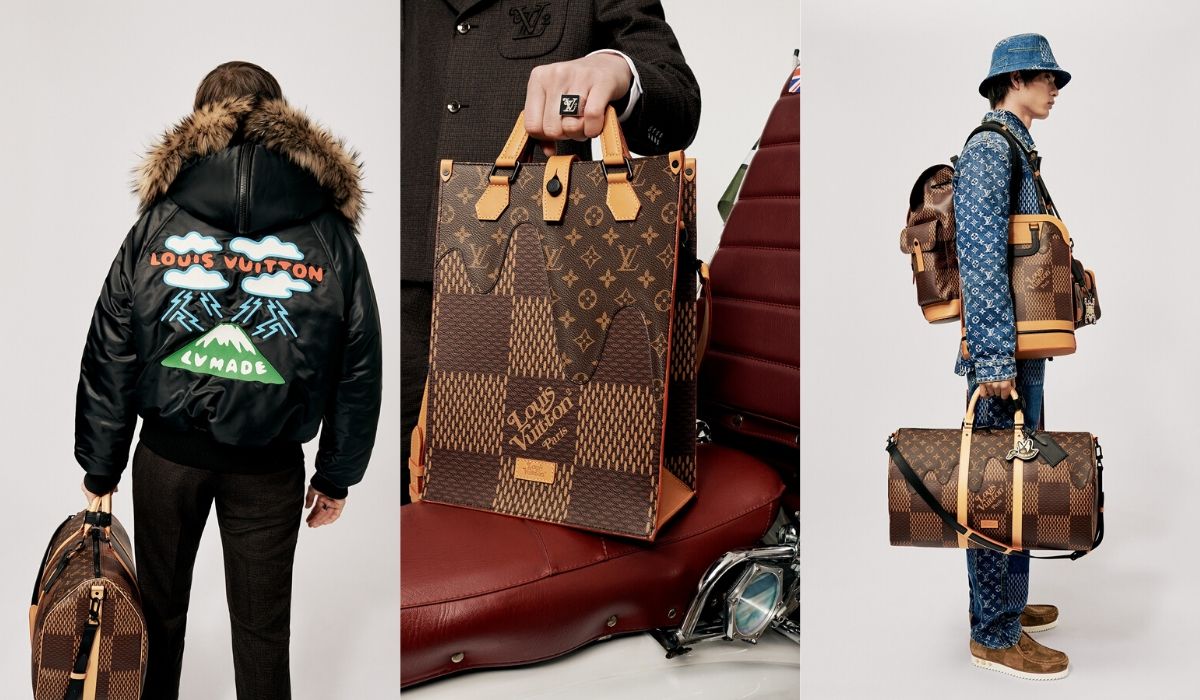 After months of anticipation, Virgil Abloh has finally revealed the Louis Vuitton LV2 collection with NIGO. Here is a first look at the lookbook of the capsule, expected to drop in September.

Last December, Virgil Abloh officially announced that BAPE founder NIGO would design a capsule collection for Louis Vuitton. Now, after months of suspense, the lookbook for the upcoming collaboration “LV²” (Louis Vuitton squared) has been unveiled.

“LV²” marks Abloh’s very first collaboration for Louis Vuitton. The upcoming collection is a mix between the aesthetics of London’s Mod era and both designers’ streetwear touches.

The collection includes a range of leather goods featuring an enlarged version of the Louis Vuitton Damier check. Plus, the top half of totes and duffel bags are overlaid with monogram panelling in the shape of a dripping liquid. The latest creates an unusual patchwork effect.

Suiting, knitwear and denim pieces also sport the oversized Damier check. All apparel comes with a slim, streamlined fit characteristic of the ’60s.

In addition, “LV Made” appears the back of some jackets, a nod to NIGO’s label Human Made.

Take a look at the full Louis Vuitton LV2 x NIGO lookbook in the gallery just below.

Although no official release date has been announced yet, you can expect the collection to be available sometime in September on louisvuitton.com.

Stay tuned, we will keep you posted as soon as more information surfaces.

In the meantime, you might want to take a look at the Louis Vuitton Taïgarama Collection for Spring/Summer 2020.