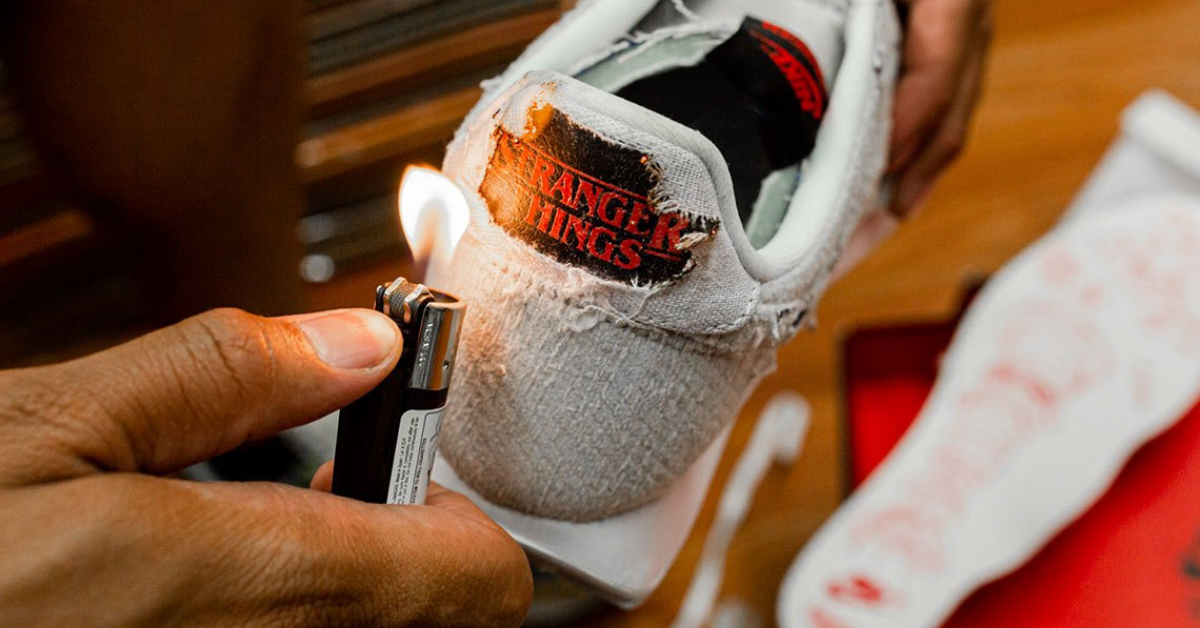 You need to burn the shoe to reveal its hidden details.

To celebrate the successful release of the season 3, BAIT San Diego has released an exclusive Stranger Things x Nike Tailwind sneaker. Every little detail was created to represent a key moment of the new series.

Nike has already launched two capsules with Stranger Things to celebrate the long-awaited season 3. The first one featured sneakers with Hawkins High School detailings, while the second one was branded for the 4th of July. But now, they’re back with one of the most unique sneaker concepts ever made! In fact, the third Stranger Things x Nike sneaker capsule features a Nike Tailwind silhouette crafted from a light grey fabric layer, which is made to be burned! Once done, it reveals hidden details inspired by the Upside Down (the series’ alternate dimension).

The secret code that the Russians use in season 3 also makes an appearance on the insoles, while co-branded detailings hit the tongues and heels, completing the distinctive design. See all the details just below! 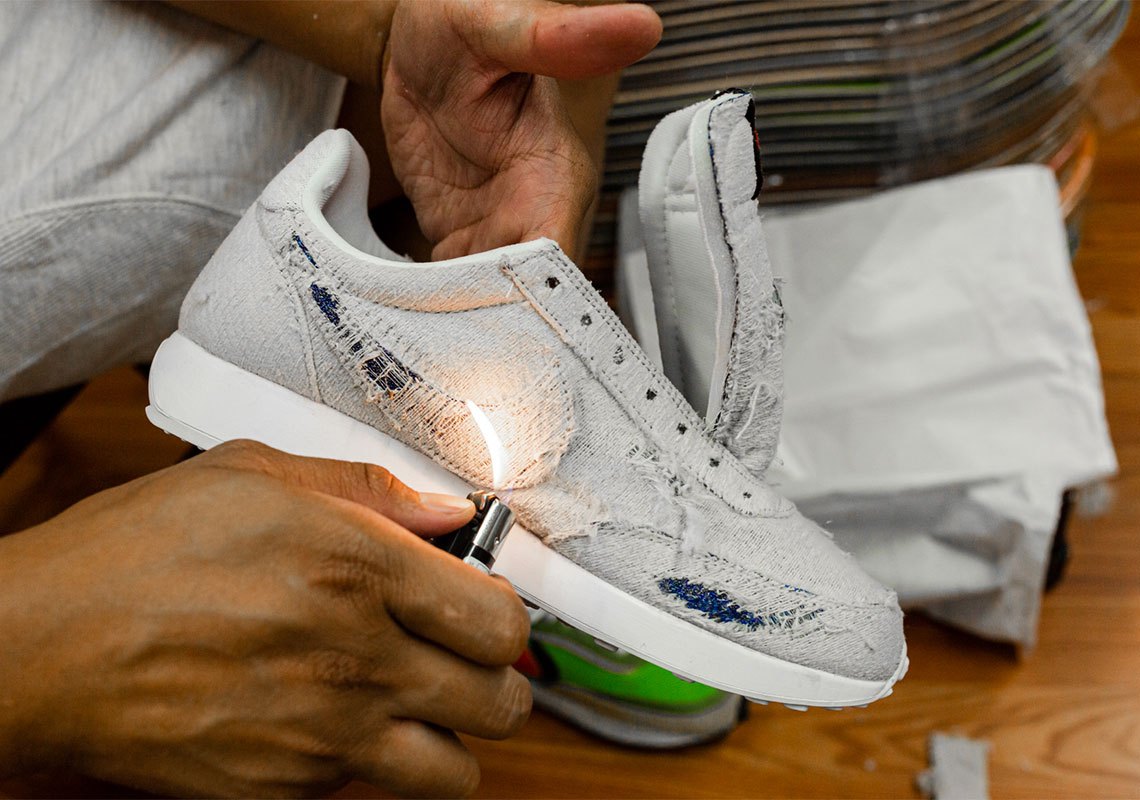 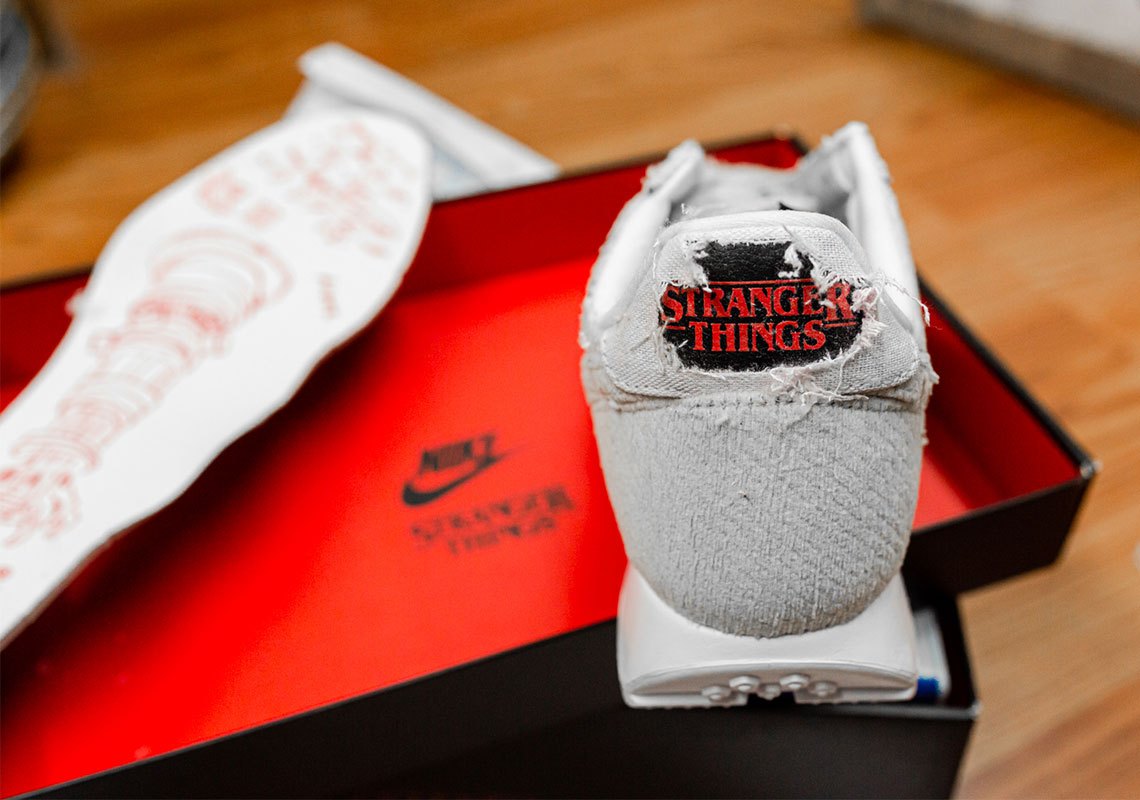 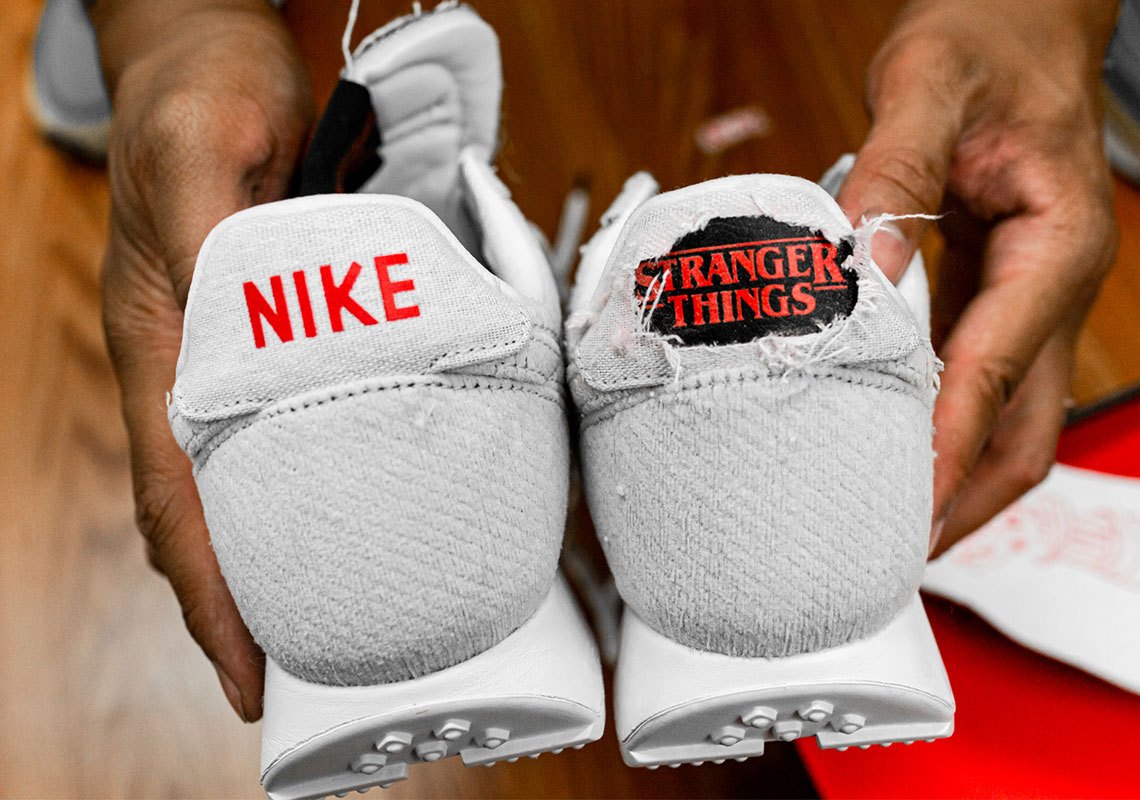 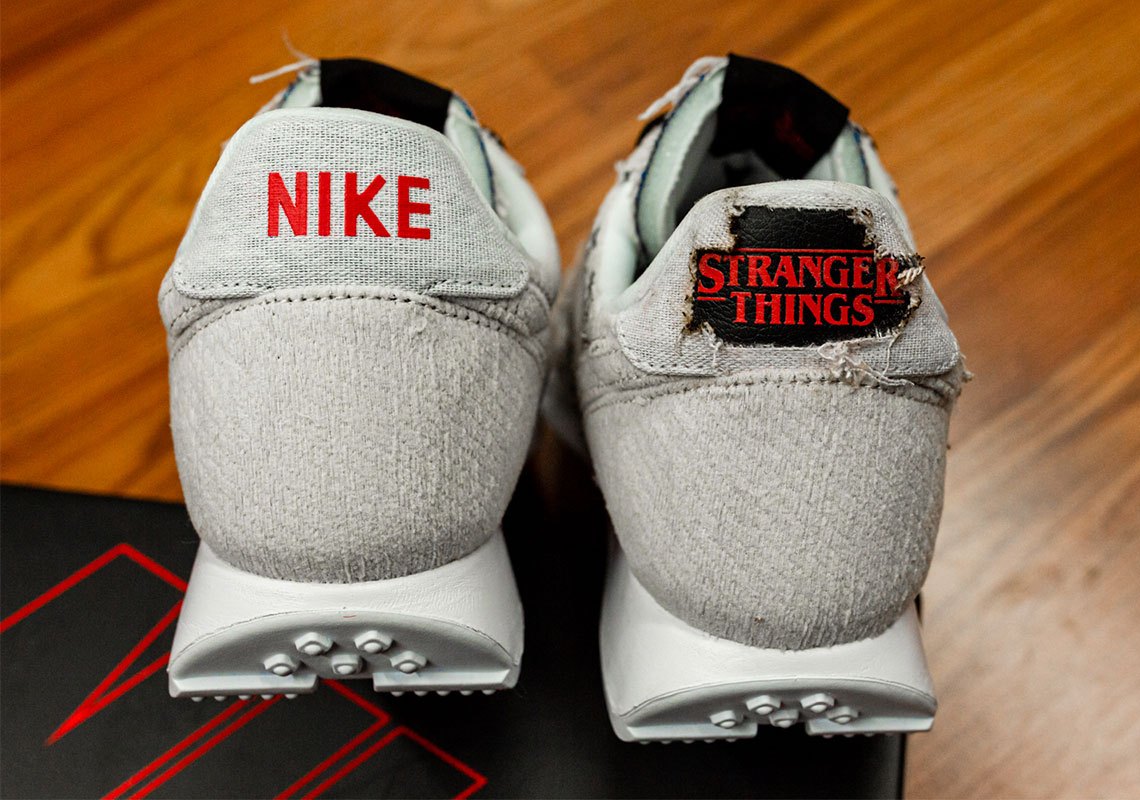 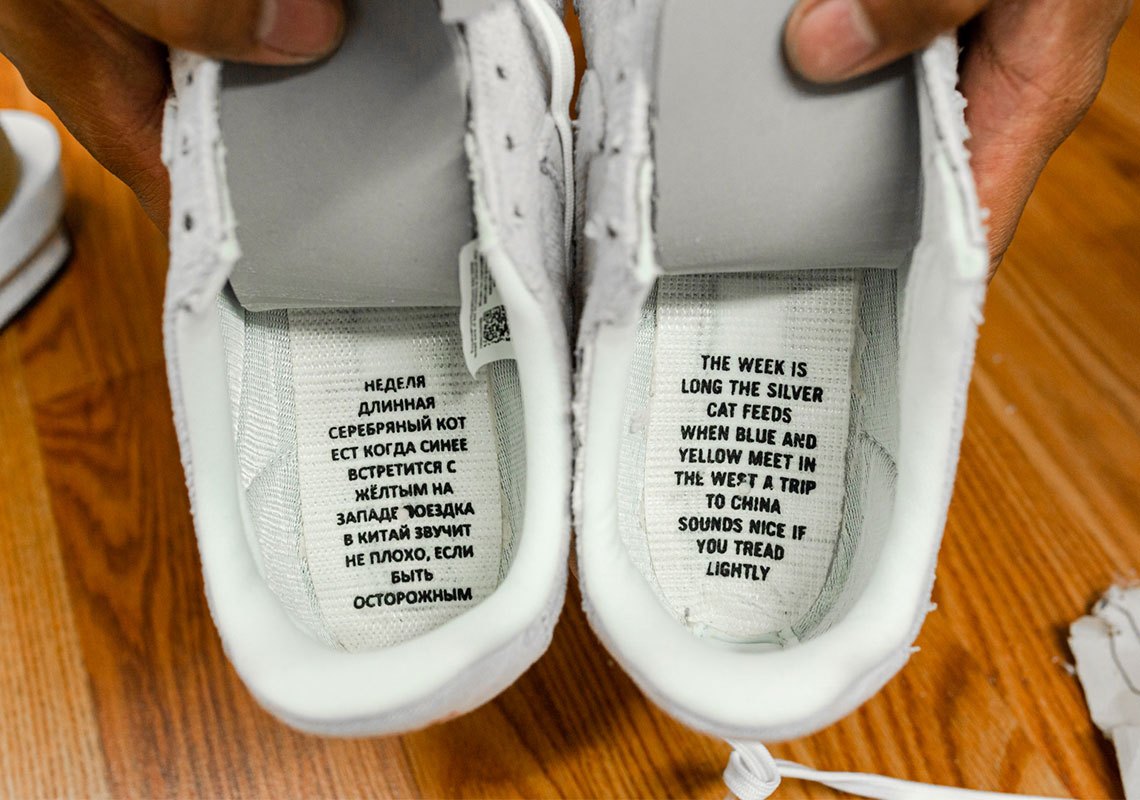 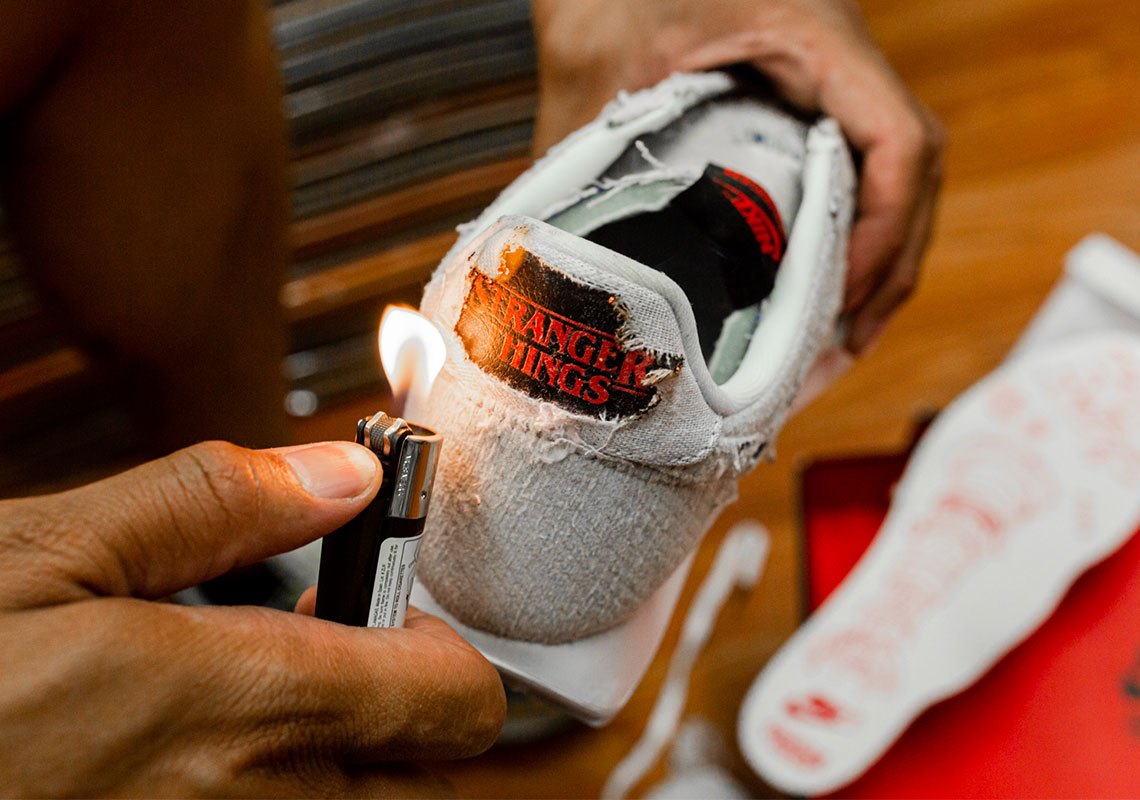 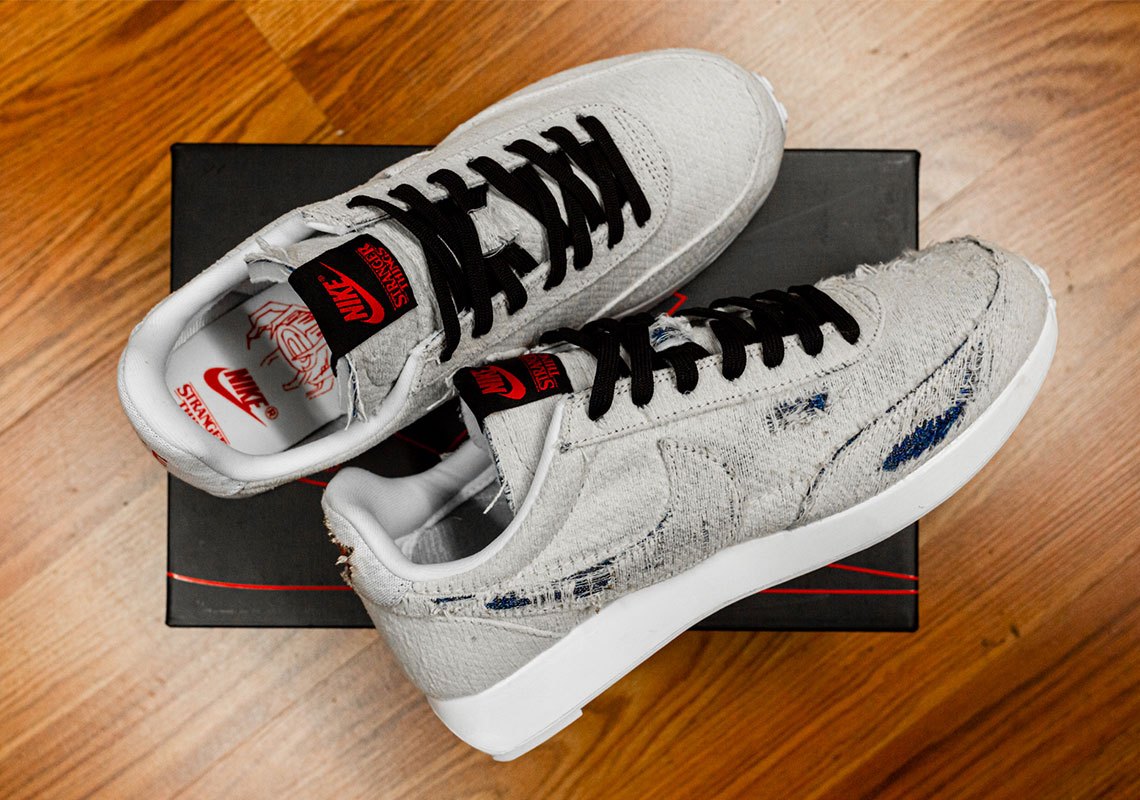 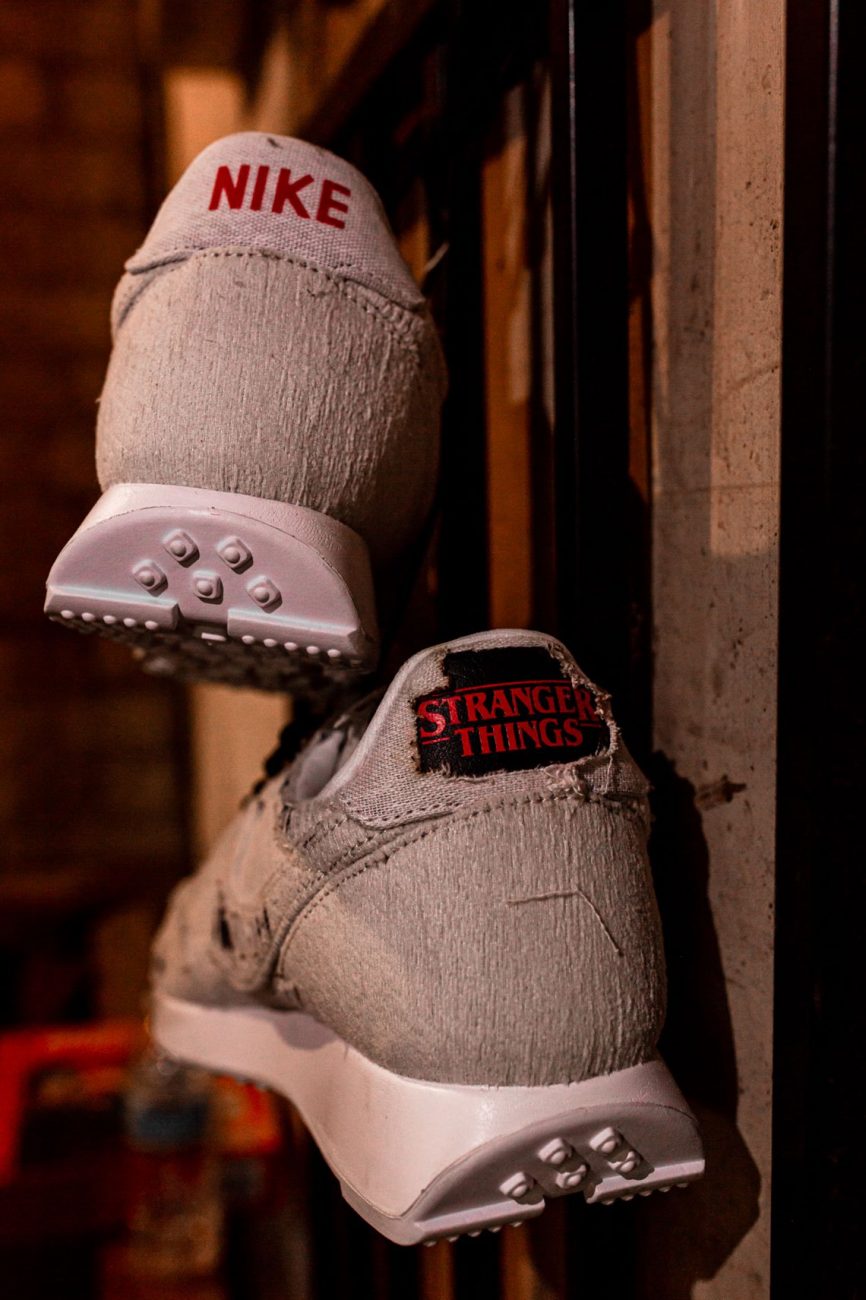 The machine used by the Russians to re-open the gate into the Upside Down is printed on the insole and the sneaker comes wrapped in the blueprints of Starcourt Mall. Literally everything has been thought of!

Unfortunately, these very unique sneakers were exclusively available at BAIT San Diego and, as you can imagine, sold out in minutes! But, stay tuned as they might come back!

In case you missed it, here is a quick recap of the previous collaboration between Nike and Stranger Things. This capsule was launched in a mysterious way using an easter egg kind of approach. The brands revealed details, one by one, that led to the location of the “lost shipment”. See more details here. 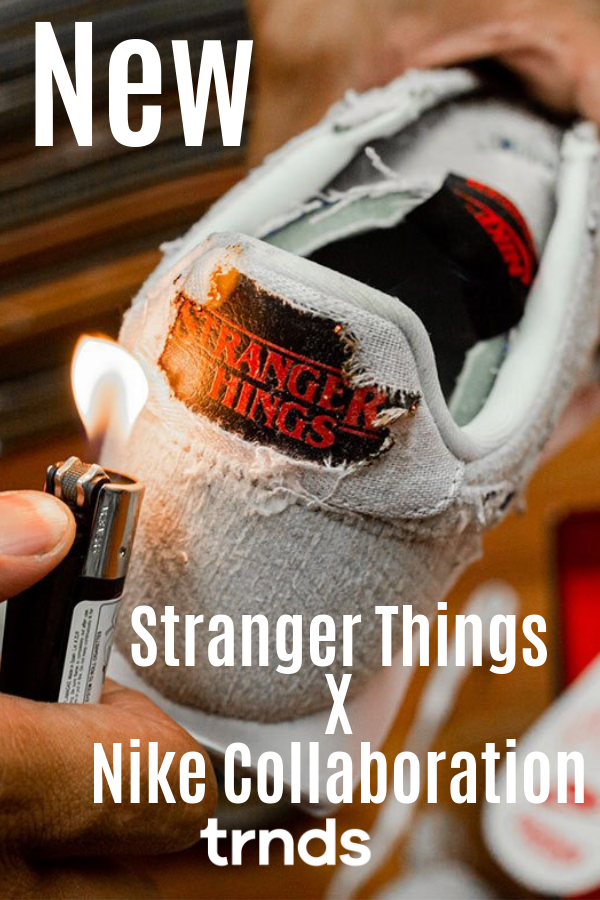