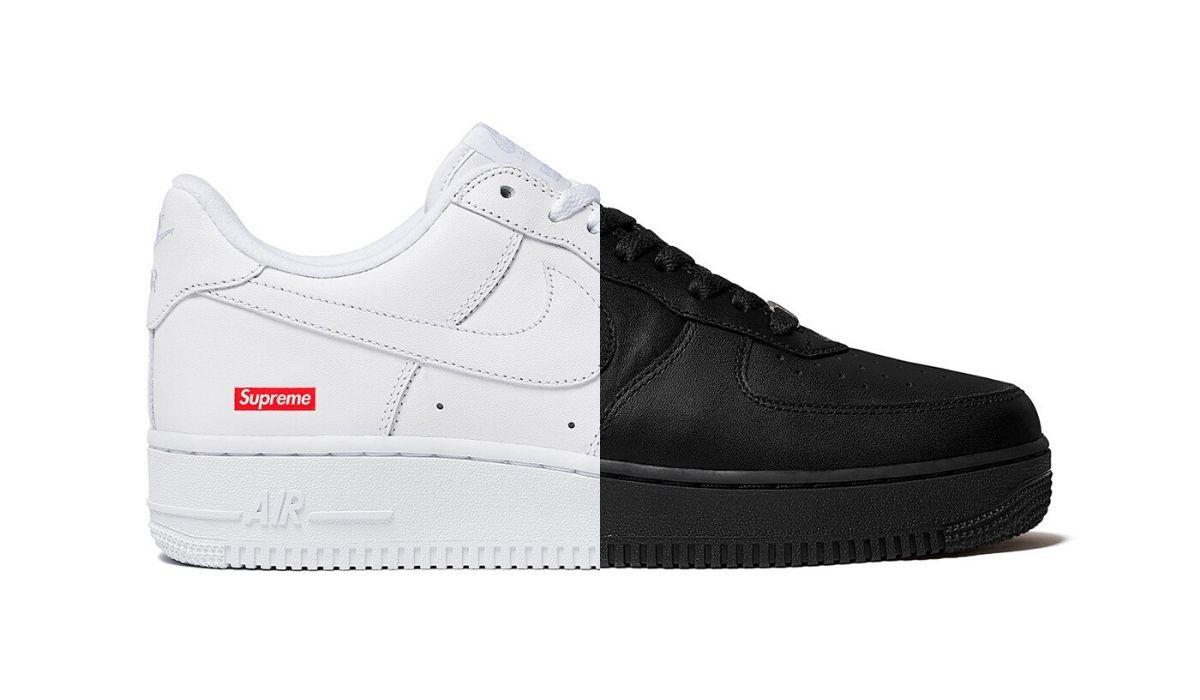 By unveiling official imagery of its Spring / Summer 2020 collection, Supreme officially confirmed the rumours about the AF1 collab. Here is an official look at the soon to be released Supreme x Nike Air Force 1 Low.

Supreme and Nike are frequent collaborators who always come through with boldly designed offerings. Surprisingly, as part of the Supreme Spring/Summer 2020 collection, both brands decided to go with a fairly subtle iteration of the iconic AF1.

The Supreme x Nike Air Force 1 Low will be offered in two classic colourways, “White” and “Black”. Both iterations will sport the Supreme signature box logo in red and white on the lateral side of the heels.

Besides the box logos, both pairs look like regular AF1s. They sport an all-white and all-black colourways where the laces, inner liners and sole units all feature the same tone. A Silver metal chip appears on the laces.

Additional detailing comes in the form of a small embroidered Swoosh at the throat and swappable logo laces. Finally, the Box Logo also appears on the insoles and tongue tags.

In our opinion, the branded laces are what really differentiates the sneaker. Without them, the design doesn’t really stand out.

Release Date of the Supreme AF1

Although no official release date has been set yet, you can expect both colourways to release sometime in April on supremenewyork.com. Stay tuned, we will keep you posted as soon as more information surfaces.

In the meantime, Supreme has unveiled its entire SS20 collection and it features over 300 pieces. Check them all out in our article.