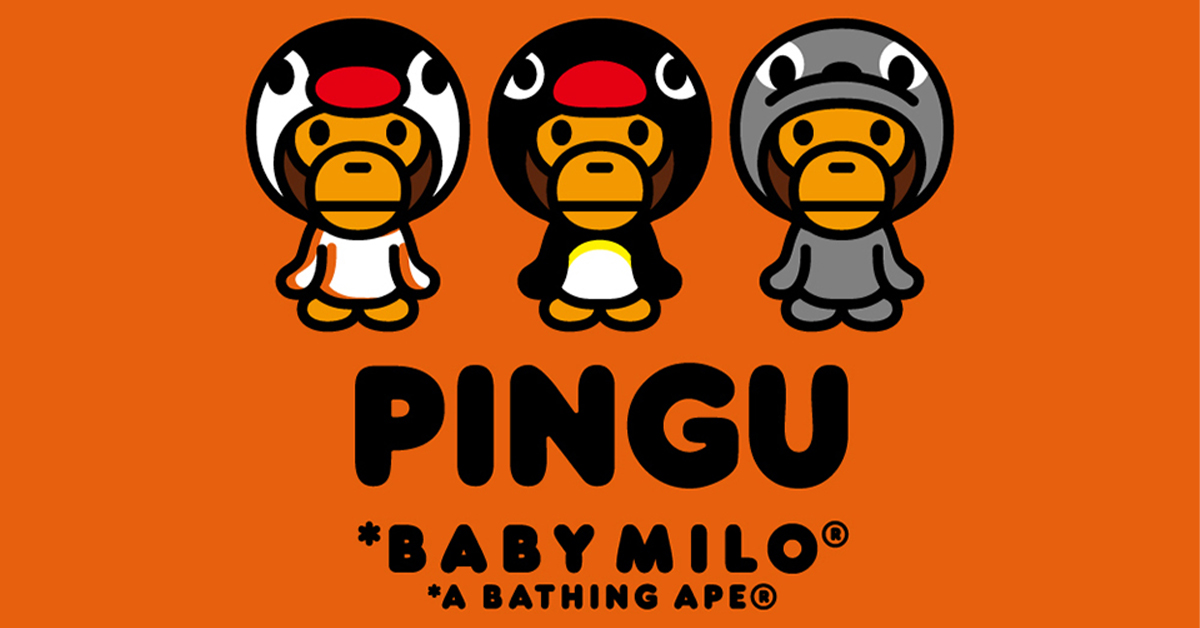 Before Happy Feet, the world’s most famous penguin was Pingu. The cartoon made its debut in Switzerland in the 80s and has become universally loved for its unique “Noot Noot” language and stop-motion graphics.

All the universe of the cartoon gets the Baby Milo treatment. In fact, Pingu, the Emperor Penguin that lives in Antarctica, his sister Pinga, and their seal friend Robby all receive the baby milo makeover.

Some notable items include a graphic tee that features three Baby Milos, each wearing a costume of one of the three cartoon characters. Another design pays homage to “Pingu In the City”, a 3D computer-generated Japanese adaptation that began airing in 2017.

In addition, the collection features a special Pingu x BapeApe Head logo made up of different frames from the animated series. The latter appears on crewnecks and hoodies.

The highlight piece of the collaboration is with no doubt the Bape x Pingu shark hoodie. The latest features black camo, a full-zip hood, and its standard shark motif is replaced by a penguin one.

Release Date of the collection

The A Bathing Ape x Pingu collection will release in adult and kids styles on Saturday, March 28th. You will be able to grab your pieces at select Bape locations and on BAPE.COM. Pricing details have yet to be revealed.

As always, stay tuned to our social media for more streetwear releases.

While you are here, you might want to take a look at the “BABY MILO KILLED KENNY” T-shirt, which was limited to only 25 pieces.