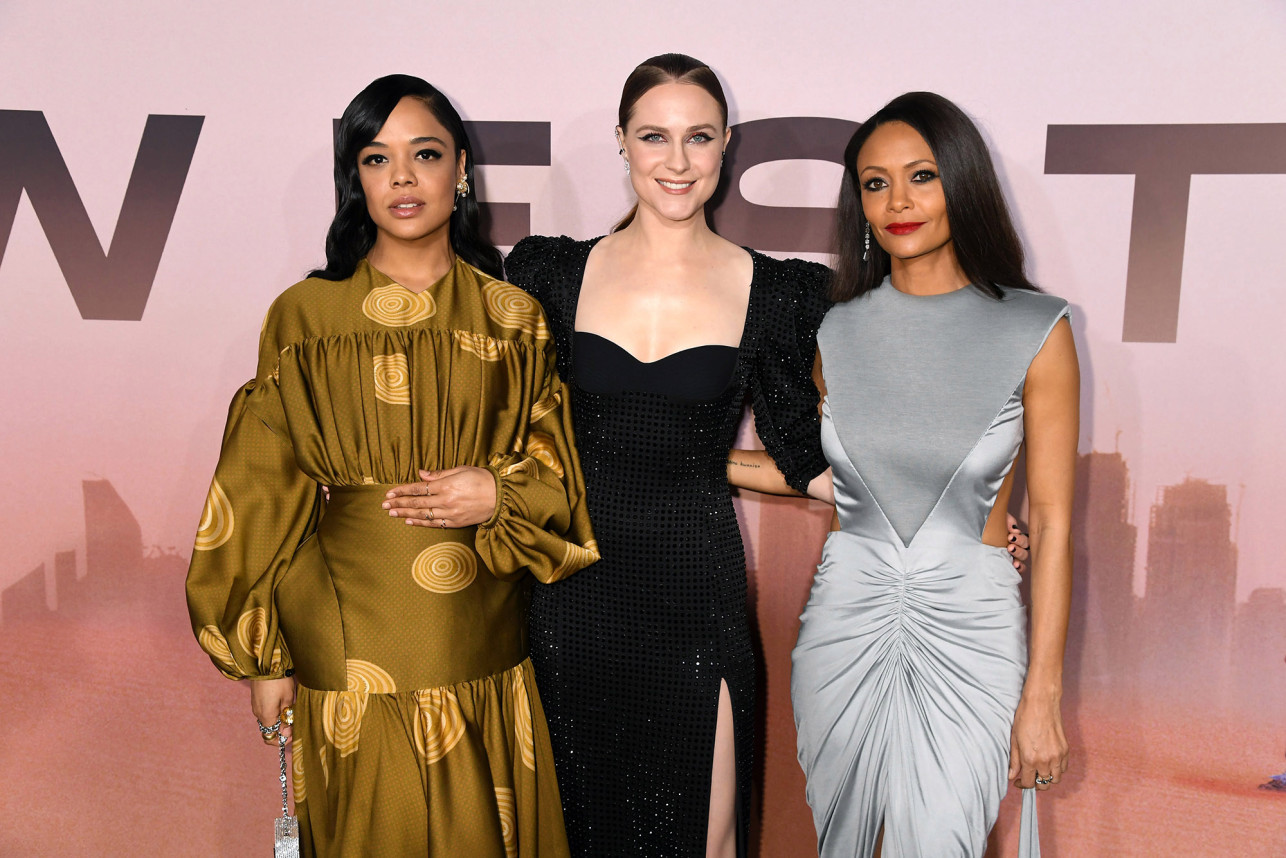 Last Thursday, the cast of “Westworld” got together to celebrate the upcoming release of the third season. Here are all the best looks spotted at the “Westworld” Season 3 premiere red carpet.

Held at the TCL Chinese Theater in Los Angeles, the season 3 premiere welcomed protagonists including Evan Rachel Wood, Tessa Thompson and Thandie Newton as well as newcomers like Lena Waithe and Aaron Paul.

Ever since the series’ debut, fans have been captivated by the futuristic Wild West-themed amusement park populated by androids.

We have seen a number of high fashion outfits at the series’ LA premiere last Thursday.

Katja Herbers rocked a sculptural Iris van Herpen dress and Thompson opted for a printed Loewe fall 2020 dress, which debuted on the Paris runway just a week ago.

On the men’s side, Breaking Bad alum Aaron Paul opted for a fresh look in a burnt orange blazer, matching trousers and striped vest.

Take a look at all the best-dressed attendees of the “Westworld” season three premiere in the gallery just below!

For more red carpet inspiration, you might want to take a look at all the best-dressed stars of the Grammys 2020 red carpet.

Don’t forget to follow us on social media to stay up to date with the fashion world.