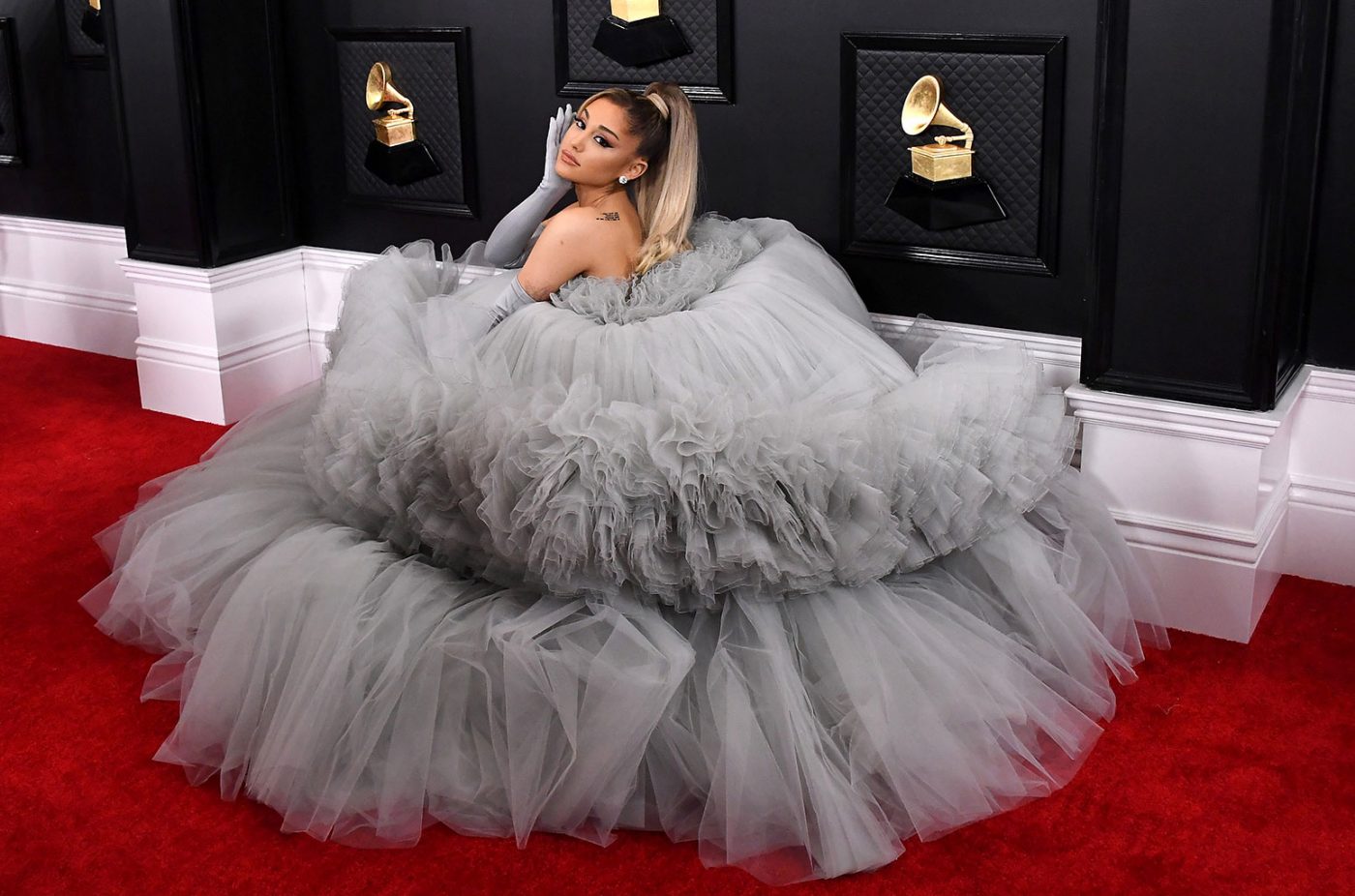 On Sunday, January 26 was held the 62nd edition of the Grammy Awards to honor the musical accomplishments of 2018-2019. Many American music stars showed up to the event and saw Billie Eilish win the four main categories. Here are all the best-dressed attendees of the Grammys 2020 red carpet.

The Grammy’s red carpet is known to be one of the boldest in terms of outfits. And this year was no exception. In fact, for some, the event held at the Staples Center in Los Angeles was even an opportunity to make political statements (And they did it through their style).

Let’s go over the best outfits of the evening.

Lizzo, who received no less than 8 nominations, established herself early on as one of the best-dressed stars of the night. She walked the red carpet in a white strapless Versace gown accessorized with a diamond necklace and a floor-length white feather boa.

Ariana Grande was also among the best-dressed participants of this year’s edition. The singer opted for a Giambattista Valli gray ball gown and matching gloves before changing into another dress.

On the men’s side, we expected Billy Porter to stand out and he did it with grace. He completed his turquoise jumpsuit with a motorized curtain hat.

Lil Nas X opted for a bright pink Versace country outfit. A nod to his song “Old Town Road” nominated for the record of the year.

Lil Nas x was not the only male celebrity to wear an outfit in shades of pink. In fact, Shawn Mendes, Common, and Tyler the Creator all opted for the same color scheme.

Click through the gallery to see all the best-dressed guests from the 62nd annual Grammy Awards ceremony.

More about the Grammys

We want to take the time to mention two important things about the 62nd ceremony: the tributes to Kobe Bryant, and the performance of Billie Eilish.

On January 26, the same day on which the Grammy Awards were held, Kobe Bryant died along with his daughter and six family friends from a helicopter crash.

Touched by the terrible news, host Alicia Keys and Boyz II Men decided to perform “It’s So Hard to Say Goodbye to Yesterday” in tribute to the basketball player. Other music stars such as Lil Nas X, Lizzo, and DJ Khaled, also incorporated tributes to Bryant in their performances.

Priyanka Chopra Jonas also took the opportunity to honor Kobe Bryant. In memory of the basketball legend, the actress decorated her nail with the former Lakers player’s number, 24.

On a more positive note, Billie Eilish became the first artist to win the major four categories (Record of the Year, Album of the Year, Song of the Year, and Best New Artist) in the same year since Christopher Cross in 1981.

At only 18 years old, she became the youngest person and the first female artist to win the “major 4 categories” at once.

For more inspiration, you might want to take a look at the best-dressed attendees of the Critics Choice Awards 2020 red carpet.