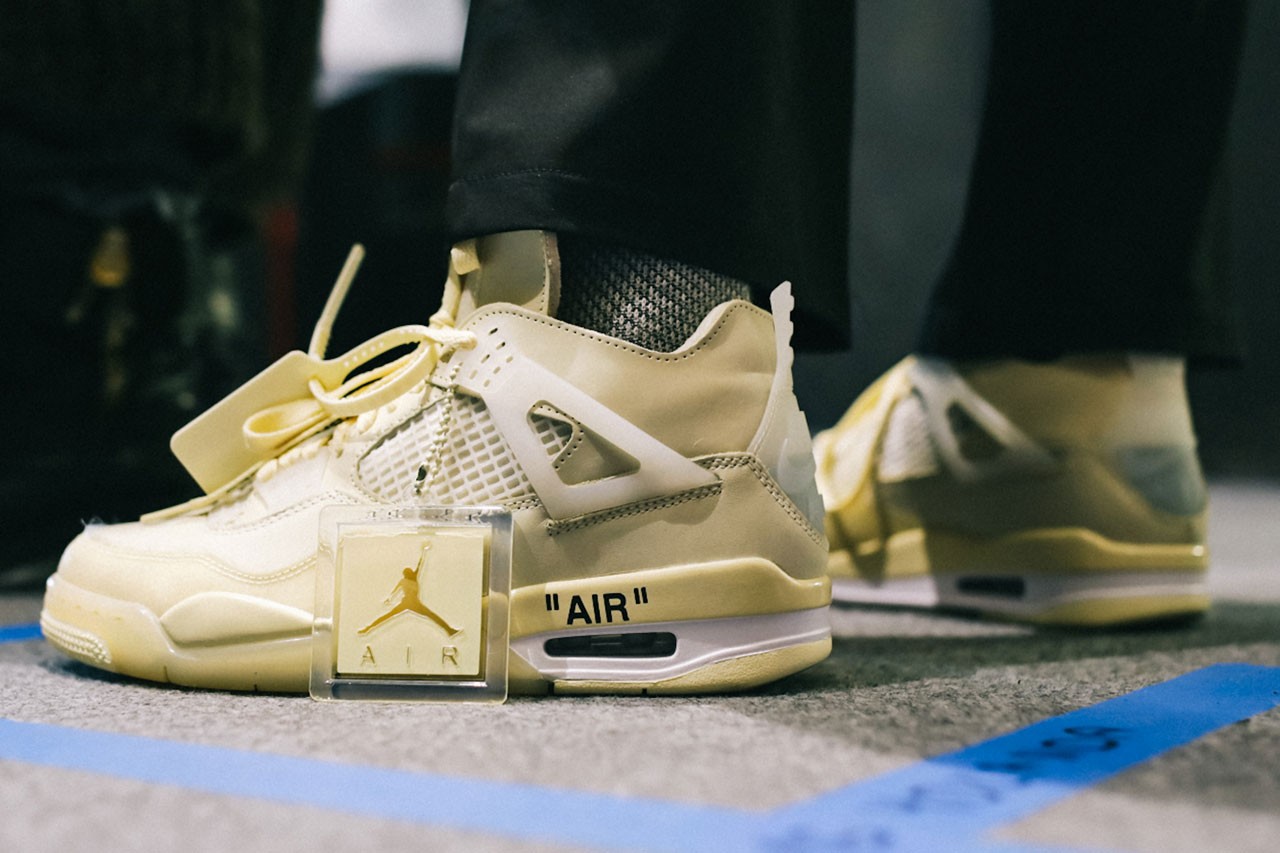 Recently spotted during Off-White‘s Fall/Winter 2020 runway, we now have a closer look and some news about the release of the Off-White Air Jordan 4 sneaker. Here’s everything you need to know about the shoe.

The Off-White x Air Jordan 4 was first seen at Virgil Abloh’s MCA Chicago exhibition last summer. At this time, it was considered as a prototype that wouldn’t be released globally. It was presented alongside 45 other mock-ups created by the iconic designer.

Then, after months of silence, Virgil Abloh officially confirmed the sneaker during the Off-White FW20 runway. The latest is expected to release this summer.

Made with premium construction, the AJ4 comes out in luxurious nubuck and suede tones. A few touches of “Sail” colours are added throughout the pair for a subtle pop of contrast. But, overall, the shoe remains fairly monochromic.

To stay in line with Abloh’s love of deconstruction, see-through panels appear on the sneaker. Branding details include Off-White’s signature Zip-Tie in cream and “Quotes” such as “SHOELACES” on the laces and “Air” on the heel.

In term of utility, the midsole is made from Nike’s Air tech for a huge amount of comfort both on and off the court.

Thanks to @modernnotoriety, we now have on-foot pictures of the sneaker. You can check them out in the gallery just below.

Although the official release date hasn’t been revealed yet, we know that the sneaker is expected to drop this summer. So, stay tuned, we will keep you posted as soon as new information surfaces. Don’t forget to follow us on social media.

While you are here, you might want to take a look at the fully translucent Louis Vuitton 408 sneaker.