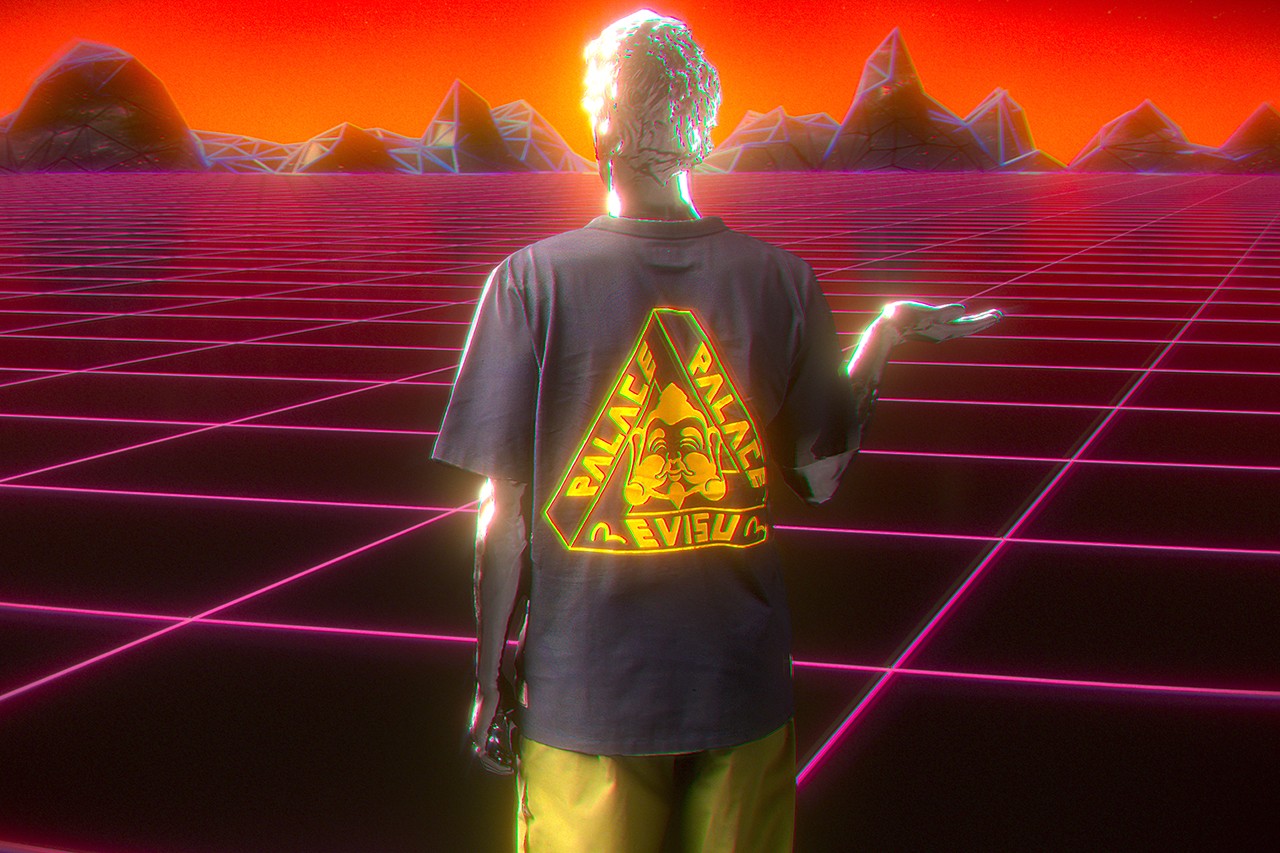 After first teasing the collaboration, Palace has now officially revealed its upcoming collection with Japanese denim label EVISU. Here is a first look at the collection as well as its release date.

It’s the first time that Palace partners with the cult denim brand Evisu, well-known for its vintage influence.

The capsule is described by Palace as “an affectionate homage” to EVISU’s prominence. In fact, the collection pays tribute to the role that the Japanese label played in the London club scene in the late ’90s and early ’00s.

The collaboration is accompanied by a video that embodies the time when jeans were at their peak. The short film sees Lucien Clarke enter a vintage petrol station before transporting into another dimension.

Jungle MC Skibadee and Palace member Rory Milanes also appear in the video. The short film ends with a journey through virtual space and the streets of London.

The upcoming Palace x Evisu collection will include denim, jackets, jumpers and tees as well as a few accessories such as a denim bucket hats detailed with jean-style pockets.

Naturally, everything will be emblazoned with Evisu and Palace branding details. In fact, for this collab, Palace has decided to combine its logo with EVISU’s iconic painted seagull graphic.

Take a closer look at some pieces of the collection in the gallery just below!

The Palace x Evisu collection will be released online on April 3. Pricing details have yet to be confirmed.

In the meantime, you might want to take a look at the Supreme x Timberland SS20 Collection Week 5 Drop.

As always, stay tuned for more streetwear releases and don’t forget to follow us on social media.