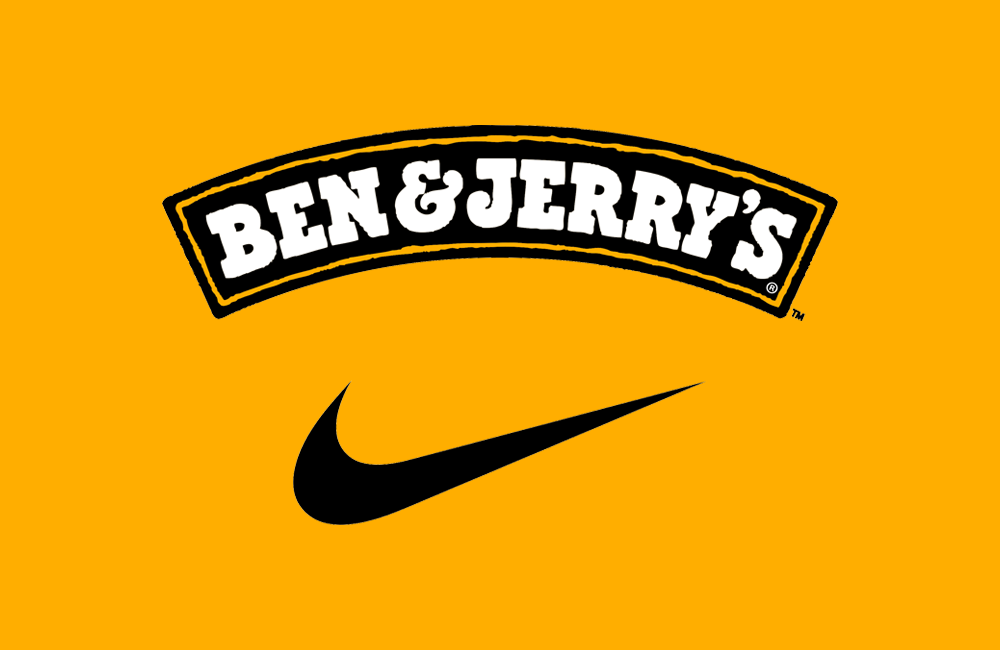 It seems like Ben & Jerry’s is teaming up with Nike to heat up the summer with a tasteful Dunk Low collaboration. In fact, the first images of a Dunk Low inspired by the company’s signature “Chunky Monkey” ice cream flavour have surfaced.

It is true that there are no similarities between the ice cream company Ben & Jerry and Nike Skateboarding. But, with summer around the corner, there is no better combo than a trip to the skate park and a cup of ice cream.

That’s why both companies came up together for what’s sure to be a highly coveted SB Dunk Low collaboration later this year.

Thanks to @94_sbchef‘s Instagram account, we now have a first look at the upcoming Ben & Jerry’s x Nike SB Dunk Low. We can recognize the ice cream manufacturer’s pail design transferred onto the uppers of the shoe.

Touches of light blue and green appear on the side panel and outsole to represent the pasture and the sky. An overlay of cow-like faux fur then arrives all around the design.

The shoe has a rainbow inner liner and comes with three colorways of laces including white, yellow and green.

The Swoosh logo on the side has a dripping look, designed to resemble melting ice cream.

“CHUNKY DUNKY” can be seen on the tongue tag to complete the design. The latest plays on Ben & Jerry’s classic banana, fudge, and walnut ice cream flavour.

Take a look at the sneaker images in the gallery just below.

According to @NikeSBorNothing, a release date for this pair hasn’t been announced yet. But, stay tuned, we will keep you posted as soon as more information surfaces.