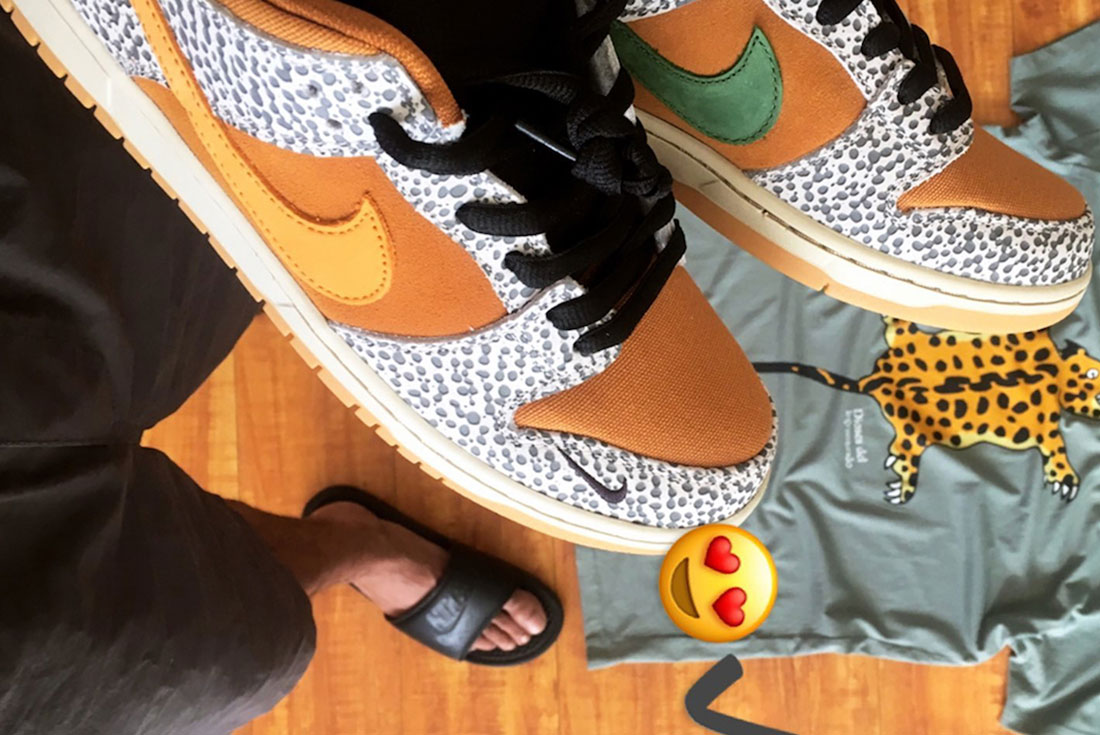 In 2002, it was the launch of the Air Max 1 Atmos Safari. This sneaker made a huge impact in the streetwear community. In fact, the original became one of the most coveted Air Max sneakers worldwide. Today, it resells on for over $1000 USD. Now, sources have announced the upcoming launch of an Atmos x Nike SB Dunk Low “Safari” sneaker.

The Atmos x Nike Air Max 1 “Safari” was a hit when it first launched. In 2016, Nike and atmos released a newer version of the same sneaker. And it also became extremely popular. So, there’s a good chance that people will fall in love with the upcoming SB Dunk Low iteration.

Thanks to @nikesbornothing, who specializes in Nike SB news, we can now have a first look at the expected Atmos “Safari” Dunk Lows. They feature similar materials in comparison to the original Air Max 1.

The upcoming atmos safari stays true to the original. It features canvas toe-boxes and suede Swooshes in alternating colors. It also presents gum outsoles and a miniature Swoosh at the forefoot, which is placed above the textured pattern created by Tinker Hatfield.

This new pair of Dunks was part of an official Nike footwear preview. But, no release date has been set, Yet! In the meantime, take a first look at the upcoming sneaker in the Instagram post just below.

According to @nikesbornothing, the Atmos x Nike SB Dunk Low in colorway was originally scheduled to release this year. But, the new sneaker has been delayed until March 2020. Of course, stay tuned for a release date and pricing information.

Complete Look at the Air Force 1 “Day of the Dead”