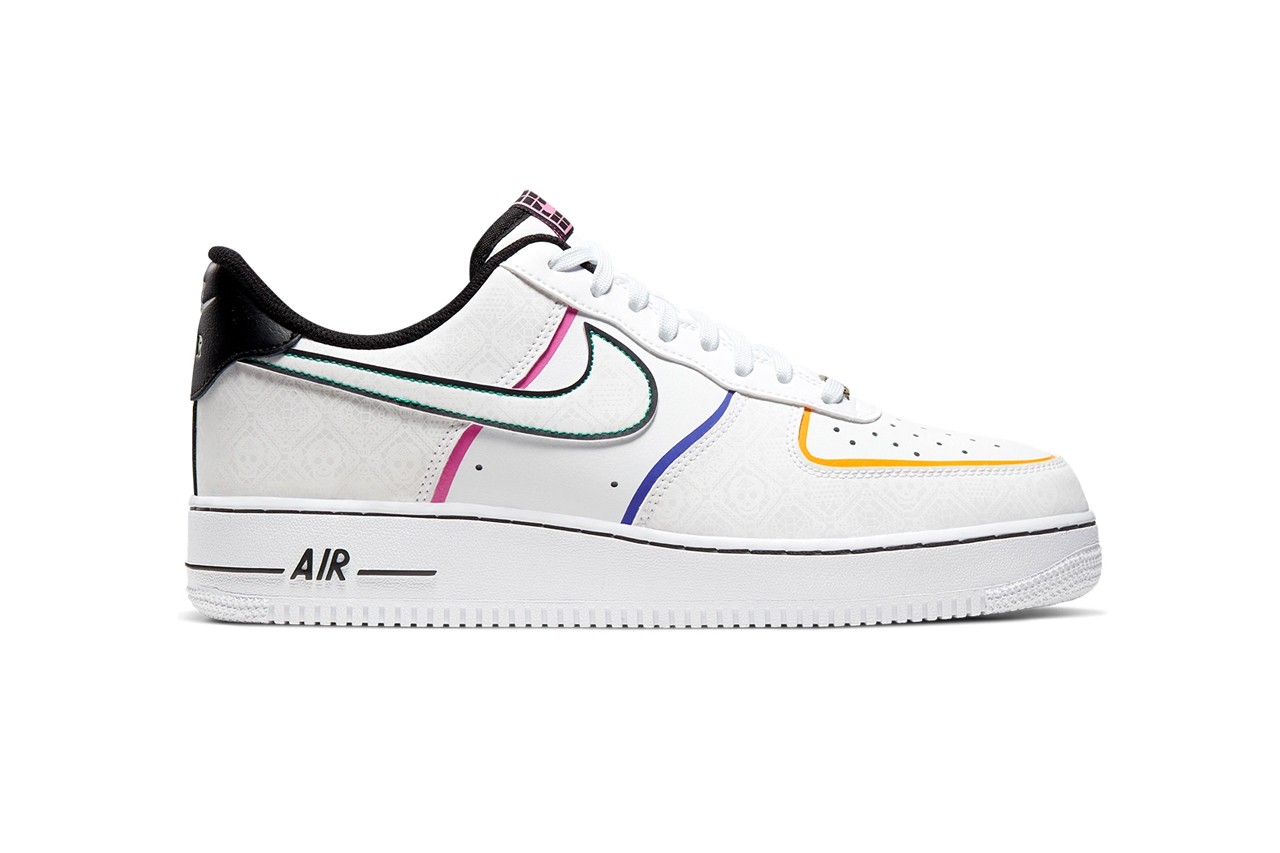 Nike released a special sneaker for Mexico’s annual “Dia De Los Muertos” festivities. The new silhouette called the Air Force 1 Day of the Dead represents an homage to the deceased.

Nike never stops to launch new takes on its classic AF1 silhouette. In fact, this year alone, the sportswear giant has released several iterations of the Air Force 1. The “What the NY” sneaker is a good example. Now, Nike is back with another AF1 to celebrate the Mexican holiday “Dia De Los Muertos”, or “Day of the Dead”

The AF1 “Day of the Dead” is inspired by the skull icons and vibrant colors of the Mexican celebration of the dead. The key element of these new Air Force 1 is a sublimated sugar skull print that appears on the mudguard, midfoot Swoosh, and heel/collar.

But, the real magic happens when the lights go down! In fact, every inch of the pattern is fully reflective. It makes the skull prints really pop-out in the dark.

Of course, the details don’t stop there. Yellow, green, blue, and orange tones are applied to the sneakers to represent the festive colors associated with the “Day of the dead”. Also, a bold black heel tab and stitching add a slight touch of contrast.

Finally, a pink grid pattern/Swoosh graphic appears on the tongue, bringing modern-day branding into the fold.

Two pink sugar skulls are printed inside the shoe. One small version appears on the back of the tongue and a large one appears on the insole. Take a complete look at the Air Force 1 “Day of the dead” at the gallery just below!

The Dia De Los Muertos celebrations run from October 31st to November 2nd. The Day of the dead AF1 released on October 15 at retailers like Sneakersnstuff and, of course, at nike.com. This means they are already available for purchase. But, as you might expect, they are currently sold out. So, you can’t buy them at their original price of $99.

That being said, you can buy the Nike Air Force 1 Day of the Dead on Stockx for an average price of $130. It is still pretty affordable.

H&M Dog Clothes:​ matching outfits with your puppy has never been easier!