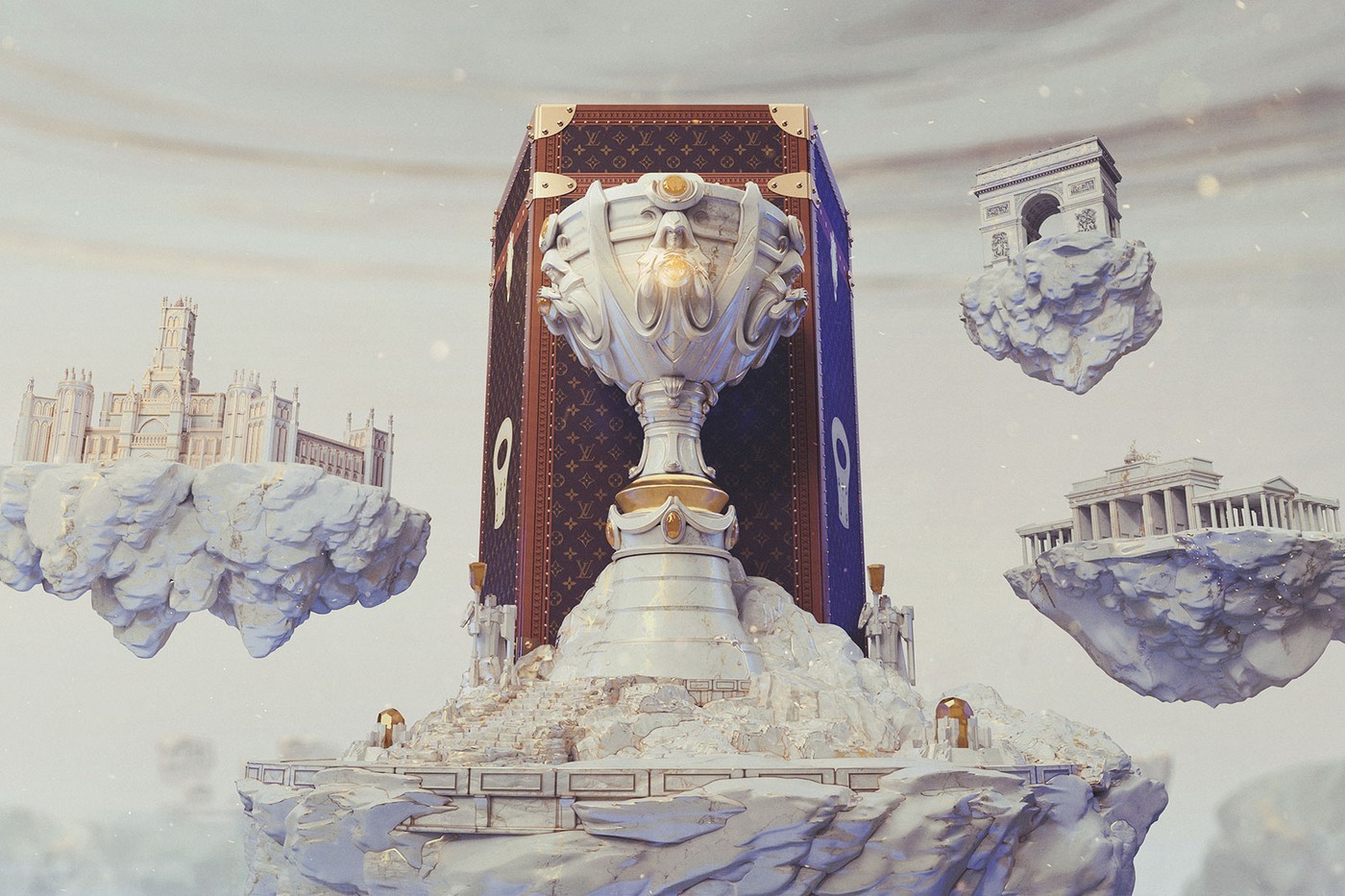 Louis Vuitton x League of Legends are teaming up for a unique Trophy Travel Case for the Summoner’s Cup.

The French fashion house and luxury retail company Louis Vuitton has unveiled a collaboration with Riot Games for the upcoming League of Legends World Championship.

The partnership between League of Legends and Louis Vuitton was made to create a one-of-a-kind trophy travel case to hold the Summoner’s Cup. Indeed, the trophy will be awarded to the world champion in Paris, France on November 10th, 2019.

The winner’s case features LV’s signature monogram. But, it also presents high-tech elements from the League of Legends universe. Take a closer look just below!

In addition to the Summoner’s cup Trophy, Louis Vuitton’s Artistic Director of Women’s collections, Nicolas Ghesquiere, has designed unique champion skins and a capsule collection. Other League of Legends digital assets have also been confirmed.

“It is an honor to have Louis Vuitton as an official partner with designs to impact the look, feel, and prestige of our most prominent League of Legends’ event.”

“This is a historic partnership that speaks to the impact Riot Games and League of Legends has had on the industry over the past nine esports seasons. We welcome the LV brand to our sport and we are eager to share the entire scope of the partnership in the months ahead, in particular on November 10 when the Summoner’s Cup is awarded in Paris.”

The League of Legends World Championship started on October 2nd with the Play-In Stage. The event finishes on November 10th with the Grand Finals. Berlin, Madrid, and Paris will all host different stages of the tournament. The event will see 24 teams from 13 regional leagues go head-to-head to try and bring the Summoner’s Cup home.

This announcement marks Louis Vuitton’s first big step into the esports industry. However, the company has similarly designed special trophy cases for sporting events like the FIFA World Cup and the Rugby World Cup.