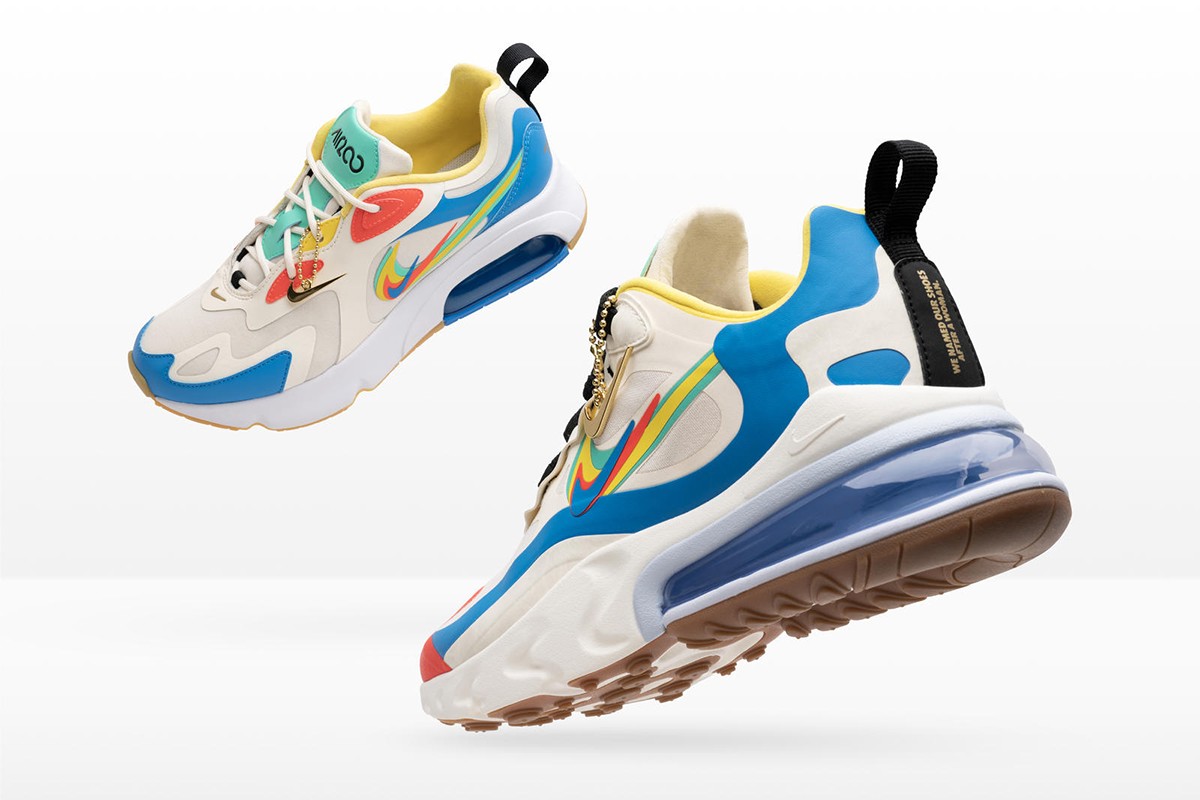 Evolution of the Swoosh 2

For a second time, Nike sets to release a collection of footwear celebrating the Swoosh’s story.

It was in 1971 that Graphic design student Carolyn Davidson first designed the Swoosh. After that, the logo was reworked several times until it reached its final appearance. The “Evolution of the Swoosh: Chapter 2” collection walks you through some of the changes that occurred over the years.

The sneaker capsule includes the ever-popular Air Force 1 and Air Max 1 as well as the Air Max 270 React, Flight 89, Air Max 200 and Air Max Plus. The shoes are sorted in 3 different packs, which focus on a particular logo and colorway.

The first pack called “Legend of Her” includes two silhouettes, the Air Max 270 React and Air Max 200. They both feature a vibrant colorway in shades of blue, red, yellow and green.

This sneaker pack’s logo is in fact an overlay of 4 Swooshes in different shapes and colors.

It is also important to note that the laces are adorned with a gold Swoosh charm. It is inspired by the gold Swoosh ring that Phil Knight (Nike’s co-founder) gifted Davidson (Swoosh designer), in 1983.

In this pack, the Swoosh logo is outlined in white and layered with additional red and black versions.

The pack takes a futuristic approach in a Matrix-like color palette, with lime-green detailing.

The particularity of the logo in this one is that it presents stripes.

Release Date of Evolution of the Swoosh 2

The “evolution of the Swoosh: Chapter 2” collection is set to release throughout winter exclusively at Foot Locker.

The “Legend of Her” pack will launch on November 21, the “Time Capsule” pack on November 27 and the “Future Swoosh” pack on December 20.