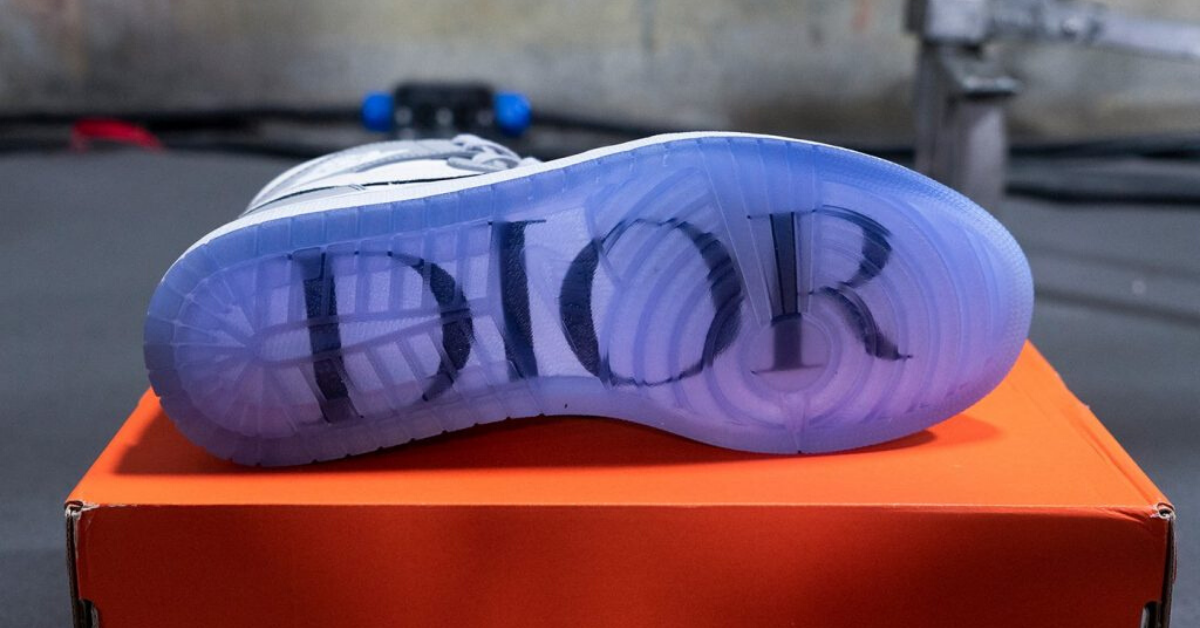 Dior & Jordan brand unveiled the long-awaited Air Jordan 1 High OG collab at the Dior pre-fall 2020 show in Miami. In this article, we cover official pictures, the release date as well as the price tag.

Three weeks ago rumors of an upcoming Air Jordan 1 collab with Dior were spreading everywhere. After weeks of waiting, Nike confirmed the collaboration. And now, we have official imagery of this upcoming grail.

Arriving just in time for AJ1’s 35th anniversary, the sneaker is the perfect match between Dior’s expertise in leather goods and Nike’s sportswear aesthetic. The result is a familiar AJ1 made with Dior’s luxury level of quality and detail.

In the details, the upper features one of Dior’s first shades called “Dior grey” introduced in 1947. This particular color used to represent the sky above Christian Dior’s childhood home.

Finally, the sneaker comes with a translucent icy sole and a Dior logo appears underneath. Subtle contrast stitching and a metallic chrome hangtag complete the pair. Take an official look at the long-awaited Dior x AJ1 High OG in the gallery just below!

“Our partnership with Maison Dior will offer a new look into the style of basketball and blend high-end streetwear with luxury fashion. We will pay homage to both brands’ rich iconography and draw inspiration from our heritage”

The limited-edition Dior AJ1 High OG sneaker will be released globally in April 2020. No exact release date has been set yet, but stay tuned, we will update the article as soon as it gets out!

The upcoming Dior x AJ1 will retail for €1,800, which represents approximately $2,000 USD and $2,650 CAD. This price tag is in line with pre-announcement rumors that the sneaker would cost over $2,000. This release will be one of the most expensive Air Jordan retail prices of all time.