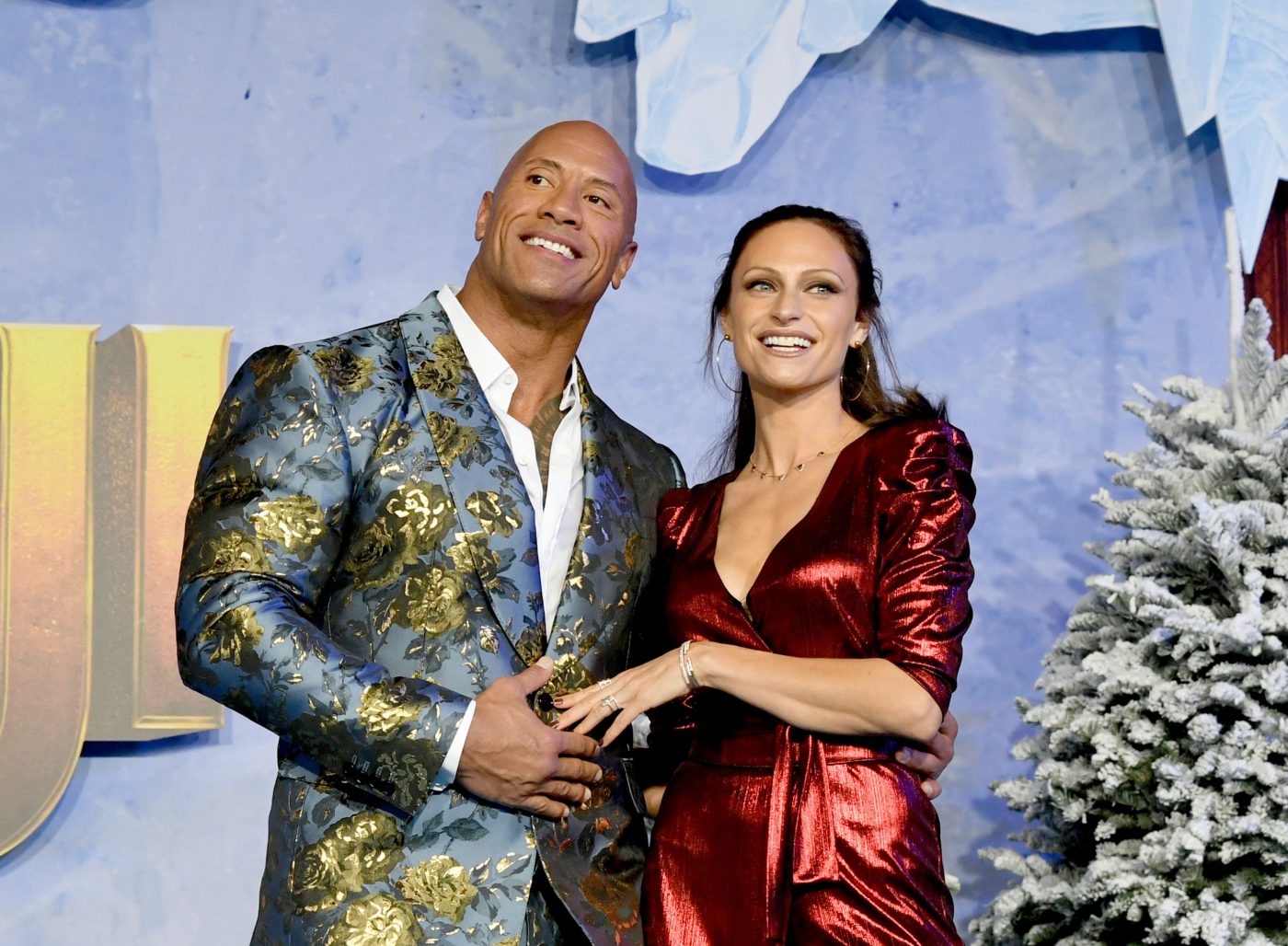 Stars showed up to the LA premiere of Jumanji dressed in stunning chic outfits. In fact, Dwayne Johnson aka “The Rock” and his wife, Lauren Hashian, stood out with their insanely colorful styles. Here is a complete overview of the Jumanji “The Next Level” Red Carpet.

The event took place at the TCL Chinese Theater on Dec. 9, 2019. On that day, Dwayne Johnson and Lauren Hashian proved that there is no such thing as too much bling during their first red carpet appearance as a married couple. They showed up hand in hand at the Hollywood premiere of Jumanji: The Next Level.

They both opted for shimmery ensembles that matched the vibe of the Christmas-themed premiere. Dwayne absolutely rocked his silver-blue two-piece suit with golden floral prints. He paired it with a crisp white unbuttoned shirt that tastefully exposed his ripped tattooed chest.

Standing next to Dwayne, Hashian looked drop-dead gorgeous in a sequined red jumpsuit with wrap bodice. The outfit was tied at the waist and featured flared trousers. She completed her look with hoop earrings and a diamond necklace.

The event was also attended by Kevin Hart and his wife. Karen Gillan and Jack Black arrived in separate trucks on the red carpet.

The Jonas Brothers also showed up to the red carpet. Indeed, Joe and Kevin Jonas were there to support their brother Nick who plays in the movie.

The second movie of Jumanji’s universe reunites The Rock, Black, Kevin Hart, Karen Gillan and Nick Jonas for yet another adventure. The film which is opened in theaters since December 12, also features Awkwafina, Danny Glover and Danny DeVito.

Jumanji “The Next Level” Red Carpet

Take a closer look at all the best outfits seen at the Jumanji “The Next Level” Red Carpet in the gallery below!

Discover more red carpet outfits by taking a look at the latest edition of the British Fashion Awards 2019!

SNEAKERHEAD Defines How Culture Has Become a Must in Sneaker Events