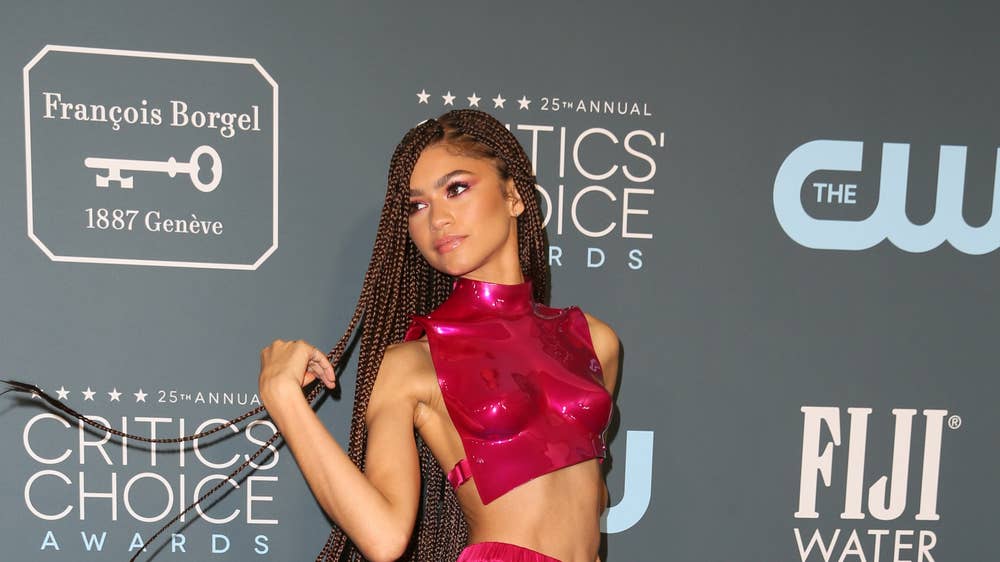 On Sunday, January 12, 2020, Los Angeles hosted the 25th CCA Ceremony. The event rewarded the best films and series of the year. Here are the best looks seen on the Critics Choice Awards 2020 red carpet.

The 25th Critics’ Choice Awards ceremony took place at the Barker Hangar in Santa Monica. The prestigious annual event rewarded the finest in cinematic and television achievement. This year, the outstanding outfits we’ve seen on the red carpet are worth mentioning.

All Hollywood’s brightest stars showed up wearing their best looks. Zendaya pulled off in a bold Tom Ford outfit, Charlize Theron showed up in a dazzling Celine dress by Hedi Slimane and Saoirse Ronan rocked an outstandingly romantic Erdem dress.

Best Looks of the Red Carpet

Nominated for “Best Actress” for her lead role in Euphoria, Zendaya rocked the evening with a stunning fuchsia Tom Ford chromed breastplate along with a hot pink jersey skirt.

As always, Billy Porter served one of the most daring looks of the night in a Hogan McLaughlin mint green strapless gown. He also rocked a butterfly body art and a metallic choker.

Some other Dior looks were spotted on the red carpet. Phoebe Waller-Bridge showed up with a black column gown in taffeta jacquard and Kaitlyn Dever in a pink tulle bustier dress.

Here’s a closer look at the best looks seen on the Critics Choice Awards 2020 red carpet.

And if you want more inspiration, check out all the best dressed seen at the Golden Globes 2020 Red Carpet.