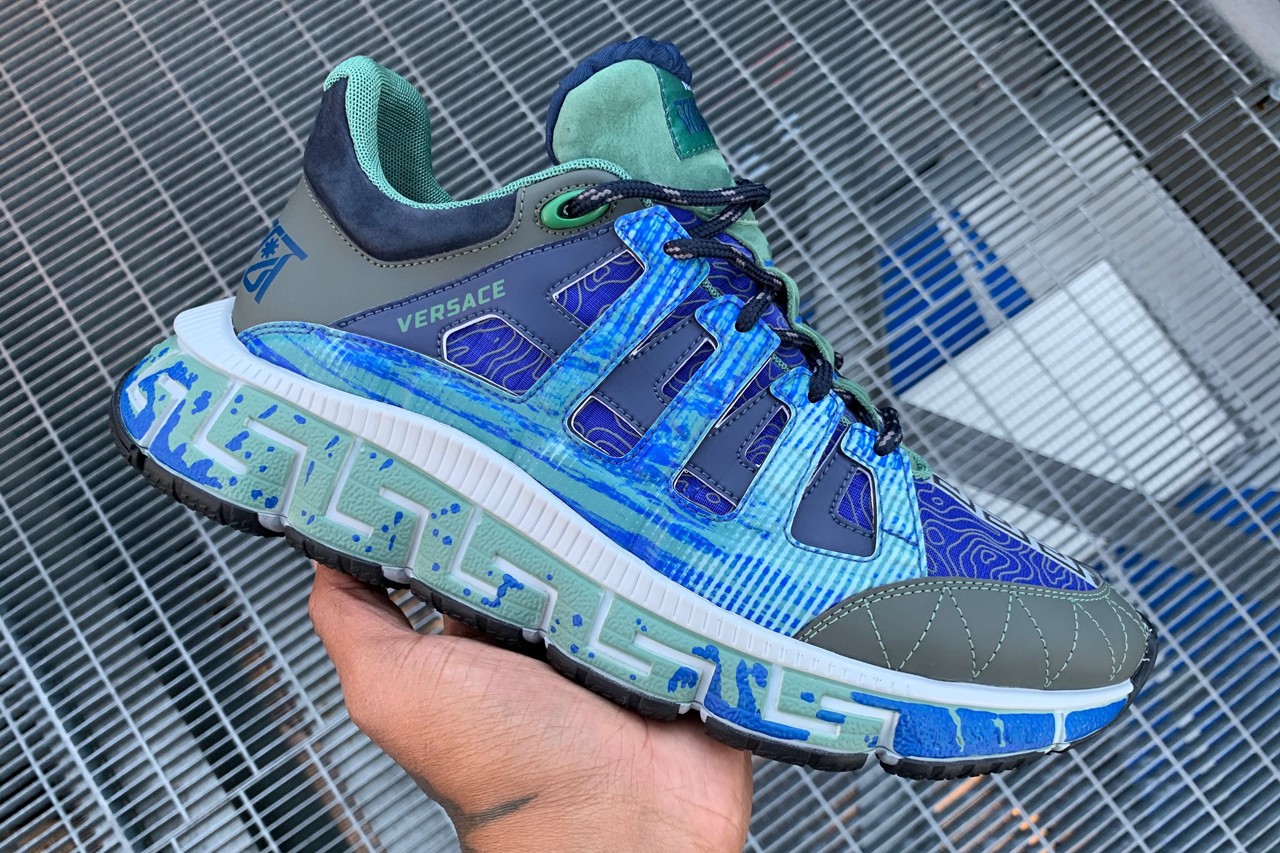 Less than 24h ago, Salehe Bembury (Versace’s VP of men’s footwear) has teased the upcoming Versace TriGreca sneaker. Here’s everything we know so far about this silhouette.

The high-end sneaker market is officially booming and every luxury brand wants a piece of the cake. Thus, each produces its own coveted iteration, from the Balenciaga Triple S and Gucci Ace to the latest Versace TriGreca.

Sporty, bold and presented in various colourways, this upcoming sneaker has nothing to envy its competitors.

Through a picture posted on Instagram, Bembury offered a glimpse at several colourways of the upcoming silhouette. While the blue one took the center stage, we could also see lime green, black and neon orange iterations.

The upper of the Versace TriGreca is inspired by traditional athletic trainers. A four-striped cage overlay sits atop a synthetic underlayer to reinforce the structure of the whole silhouette.

Branding details include a Versace logo on the tongue as well as the brand’s Greek-Style pattern on the midsole and toe box. Moreover, a Versace logo print appears on the side panel and the iconic Medusa head is featured on the heel.

Release Date of the Versace TriGreca

A release date for the Versace TriGreca has yet to be announced, but you can expect it to be fully revealed at the brand’s FW20 runway.

The sneaker is rumoured to hit retailers this fall. Stay tuned, we will keep you updated as soon as more release and pricing info surfaces. Don’t forget to follow us on social media.

In the meantime, you might want to take a closer look at the latest Breaking bad x K-Swiss sneaker collection