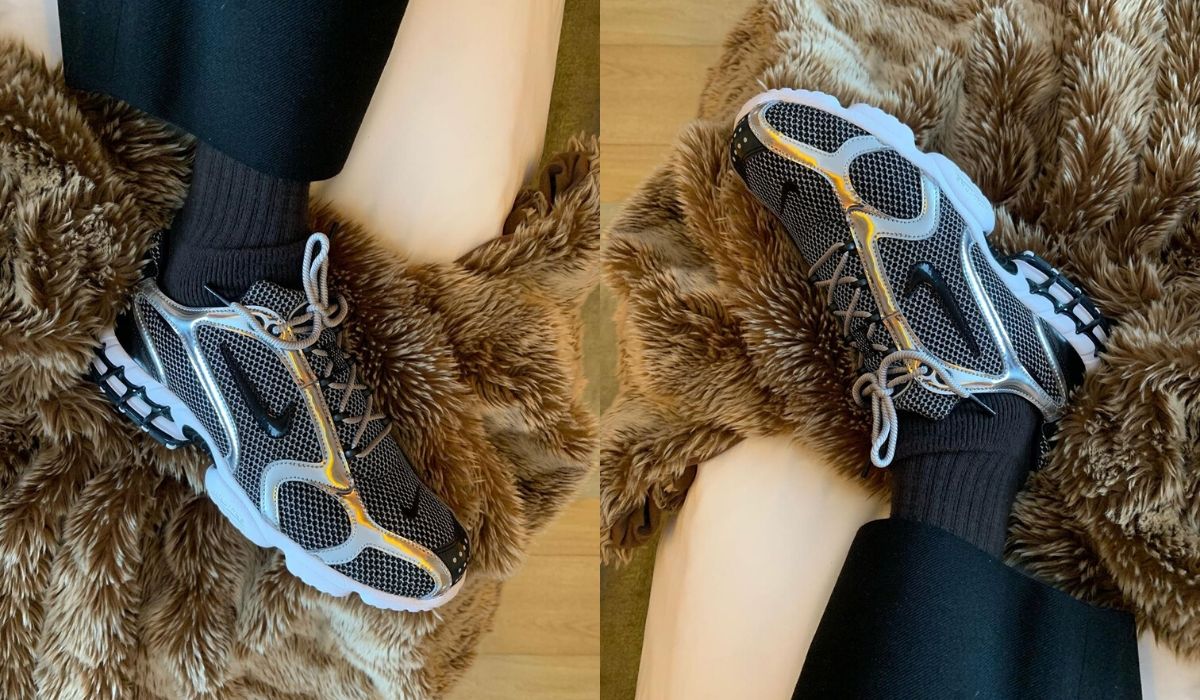 American model & singer A$AP Nast has officially revealed one of the sneakers included in the upcoming Nike and Stussy collab. Here’s a first look at the Stussy Nike Spiridon Cage 2.

After months of suspense, we finally have a first look at the long-awaited Nike x Stussy collab.

In fact, 4 days ago, A$AP Nast posted a picture on Instagram that confirmed the rumours that have been spreading since last November. Nike and Stussy will release an Air Zoom Spiridon Cage 2.

The sneaker features a fairly basic black and gray upper. Silver overlays are spread across the shoe and a black dotted toe cap appears on the front.

Shiny Swooshes are placed on the midfoot and toebox and co-branding details appear on the tongue.

In addition to the Air Zoom Spiridon Cage 2, Stussy and Nike will release 4 new iterations of the Benassi JDI slides.

A second collaborative colorway of the Stussy x Nike Spiridon Cage 2 has also surfaced. Compared to the first iteration, the second offers a different style in terms of palette and material.

Featuring a cream-coloured base, the sneaker sports a high street look that reminds us in some ways of the Fear Of God design style.

In terms of materials, the full mesh upper has been replaced with a mixture of rough-hewn textiles and mesh. The Swooshes have also been switched from patent leather to soft suede.

Here’s a first look at the second colorway of the upcoming Nike x Stussy sneaker collab.

Although no exact release date has been revealed yet, you can expect the Nike x Stussy sneaker collab to release sometime in spring 2020. According to @py_leaks, the Air Zoom Spiridon Cage 2 will be priced at $160 USD and the Benassi slides at $35 USD.

Stay tuned, we will keep you posted as soon as more information surfaces.

In the meantime, you might want to take an official look at the Sacai x Nike LDWaffle White & Black set to release on March 10.