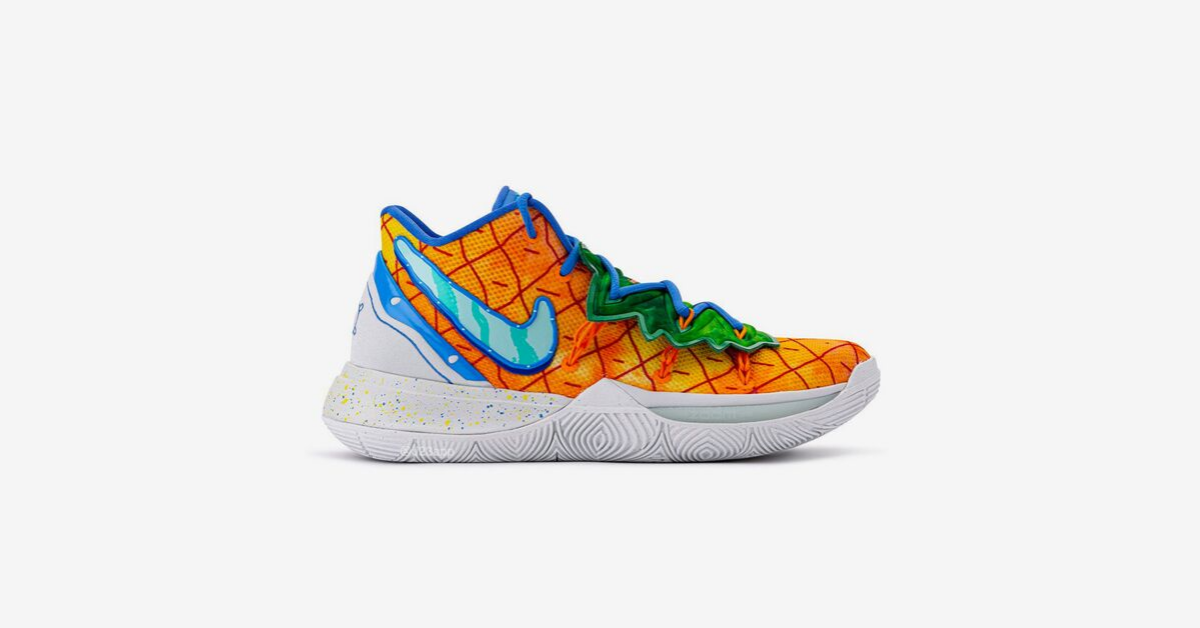 Nike is returning to Bikini Bottom for the release of the SpongeBob Nike Kyrie 5 Pineapple House sneaker. The new collaboration between Nickelodeon and the footwear giant won’t disappoint you!

It is not the first time that SpongeBob and Nike work together. In fact, every main SpongeBob SquarePants character has already received its own Kyrie 5 model in the previous collaboration. Head over to this article to discover more about the first x sneakers.

That being said, Nike and Kyrie Irving haven’t said their last words. In fact, they decided to expand the collaborative series outside of the character environment. Their new take is inspired by SpongeBob’s “Pineapple House”. And just like the previous SpongeBob x Nike Kyrie sneaker collab, the Pineapple House colorway has been executed to perfection.

The design takes its inspiration from the main character’s home located on 124 Conch Street. It is surprising how the shoe actually looks like a pineapple! The upper sports orange tones with darker diamond-shaped lines. It is contrasted with leafy green lace shields reminiscing the house’s roof.

The inner and outer ankle Swooshes appear in both shades of blue and metallic silver to represent the pineapple’s port window and bent chimney respectively. Additional branding hits the tongue tag with a Kyrie Irving logo while the heel sports a nautical wheel print. The basketball silhouette is tied together with blue laces.

Finally, the sneaker features a speckled midsole to honor the sandy shores of Bikini Bottom. Take a first look at the new colorway just below!

According to sneaker source J23App, the SpongeBob x Nike Kyrie 5 “Pineapple House” colorway is coming soon. In fact, the release date is expected to be October 24 on Nike.com. Stay tuned for more information about the drop date and a future on foot look!