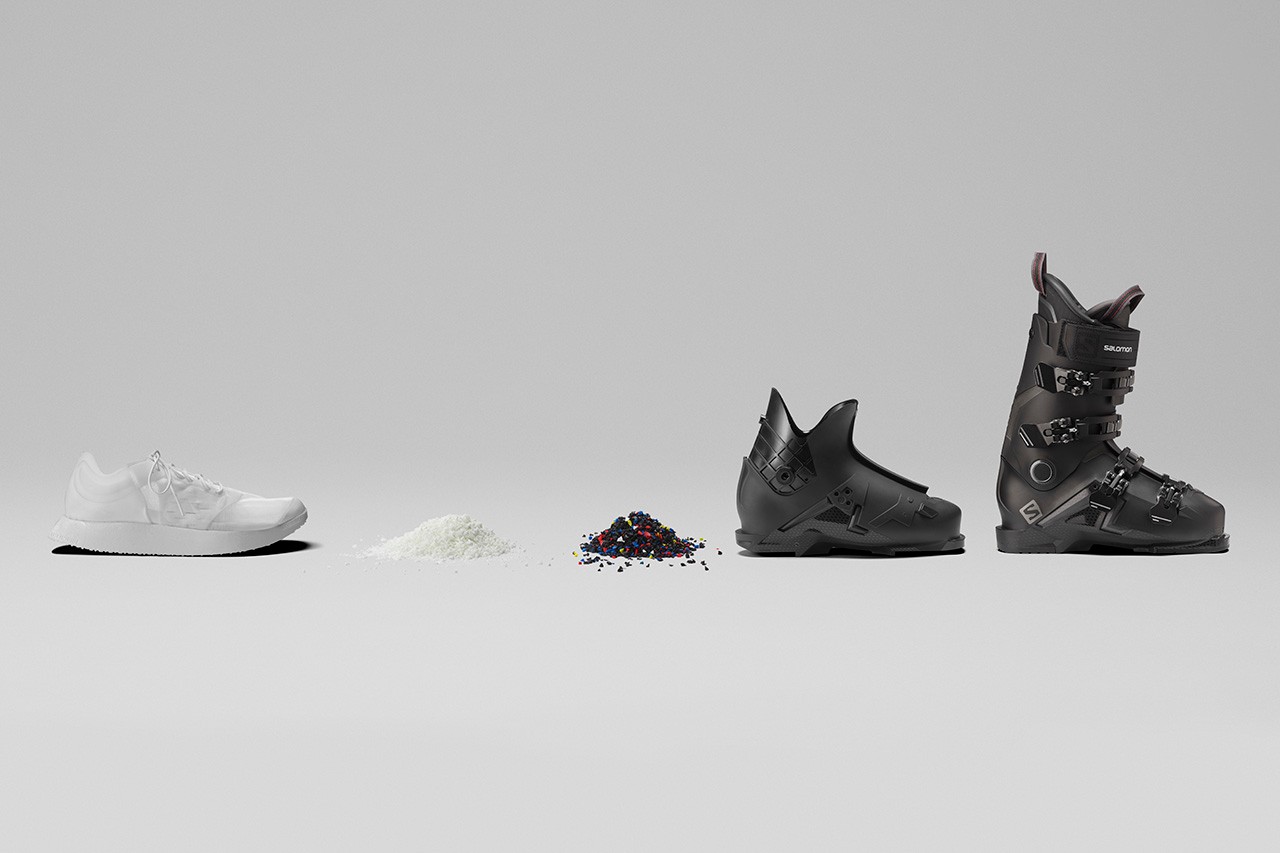 Salomon announced its latest initiative in sustainable development. In fact, the sports company has created a recyclable running shoe that can be turned into a ski boot shell. The initiative is entitled Salomon Concept Shoe.

Salomon is taking one step forward in terms of footwear sustainability. The giant sports company, well known for its ski goods, has unveiled a new project that respects the environment. It consists of high-performance running shoes that can be recycled into alpine ski boot shells.

The Salomon recyclable running shoe is marketed under the name “Concept Shoe”. This product is a high-performance road running shoe made entirely of thermoplastic polyurethane. This specific material was chosen because of its multiple possible uses. In fact, at the end of its life, the shoe is deconstructed and used in Salomon’s alpine ski boot shells, giving it a second life on the slopes.

For now, it is not clear what happens to the ski boot at the end of its life. The recycling process does not appear to be fully circular yet. However, the company says the process will allow Salomon to more than double the life cycle of the materials. It’s a good point to start.

“We recognize that we have to do better for the environment by creating Salomon footwear that drastically reduces its impact on the planet,”

“By creating this concept shoe that can be recycled into a ski boot shell, we are showing that it is possible to find alternative materials to create performance footwear. It’s an exciting development that will help lead us to more sustainable footwear solutions in the future.”

Unveiled last week in Munich, the shoe spent 18 months in the development stage. It now plays a leading role in the company’s Play Minded program. A sustainable development initiative that highlights the company’s intentions to reduce its environmental impact over the next decade.

The program also includes pledges to reduce the company’s overall carbon emissions by 30 % by the year 2030. In addition, the program aims to eliminate perfluorinated compounds from all categories of equipment by 2023.