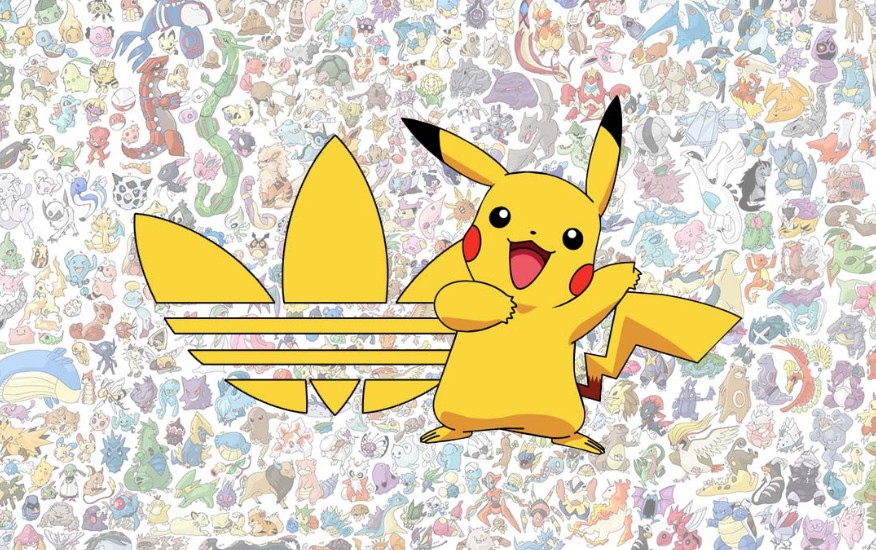 Back in March, images of a Pokémon x adidas Campus collab were revealed. Shortly after, the collection dropped exclusively in Asia. Now, it seems like the Pocket Monsters have reunited with the three stripes company for another capsule which should soon be released. Here’s a first look at the upcoming Adidas x Pokémon 8 Bit collab.

Now, after the release of Detective Pikachu movie and the eighth generation of Pokémon Sword & Shield video game, Adidas has decided to pay tribute to the iconic Nintendo franchise. To do so, both companies will release a collaborative sneaker capsule inspired by the 8-bit style. It will be featuring large pixels which reminds us of Pikachu’s old times.

Even if there is no official release date set yet, you will still be able to take a first look at the upcoming sneaker. The images are available Thanks to @ US_11‘s Twitter account.

The collaborative shoe is made up of a white Adidas Advantage silhouette. It features a pixelated 8 bit Pikachu on the lateral side of the heel. The vintage print reminds us of Pokémon’s first generation, which goes back to the late 90s.

Moreover, other pixelated first-gen Pokémons, such as Bulbasaur, Charmander, Mewtwo, and Squirtle can be seen on the inner liner. Finally, a co-branded tongue tag and insole along with a contrasting black Adidas-branded heel tab round out the overall look of the sneaker.

Take a first look at the Adidas x Pokémon sneaker in the gallery just below!

Fans can expect the Adidas x Pokémon 8 bit to release soon at select retailers and on adidas’ online store. Stay tuned for an official release date.