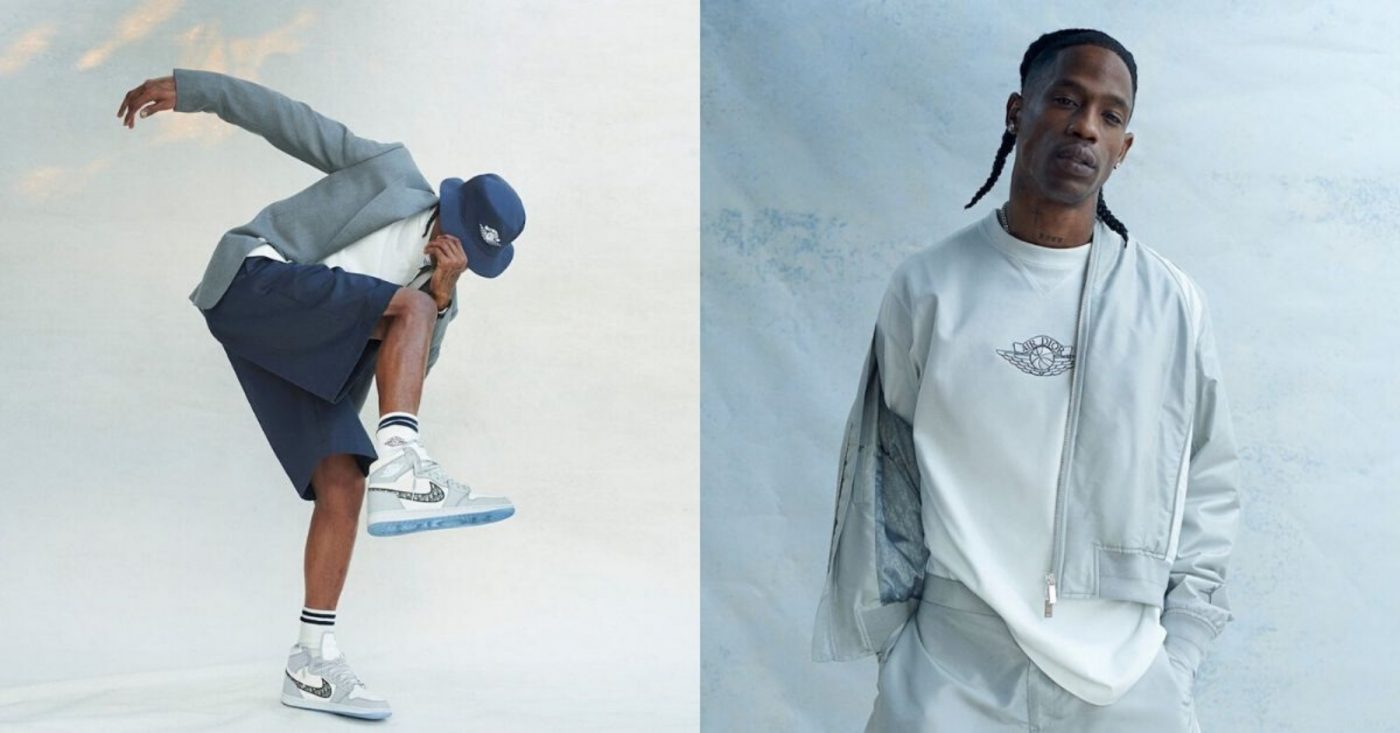 An apparel line will accompany the release of one of the most anticipated sneakers of the year, the Dior x Air Jordan 1.

Presented by Travis Scott in a refined campaign, the collaborative collection will include t-shirts, shorts, a wool suit, a bomber jacket and various accessories ranging from a pair of socks to a bucket hat.

The capsule comes in premium materials featuring the iconic “Dior gray” colorway. Shades of navy blue and white give provide a sleek contrast.

Take a look at Travis Scott flexing the upcoming “Air Dior” collection in the gallery just below.

In addition to the announcement of the Air Dior apparel collection, a low-top version of the Air Jordan 1 High OG Dior has also been confirmed.

The original version of the shoe has attracted all sneakerheads and it’s with no doubt that it will be the same for this new iteration.

Like its big sister, the pair is dressed in a gray and white leather upper. It also features a Dior monogram branded Swoosh and an icy blue outsole.

The new iteration was presented in on Dior’s Instagram account through a video of a few seconds.

“The clothes are based on Michael Jordan’s off-court style. He wore suits all the time – I love that”

The drop is scheduled for April 2020. Stay tuned, we will keep you updated as soon as an exact release date is revealed. In the meantime, take a closer look at the Dior x Air Jordan 1 High.