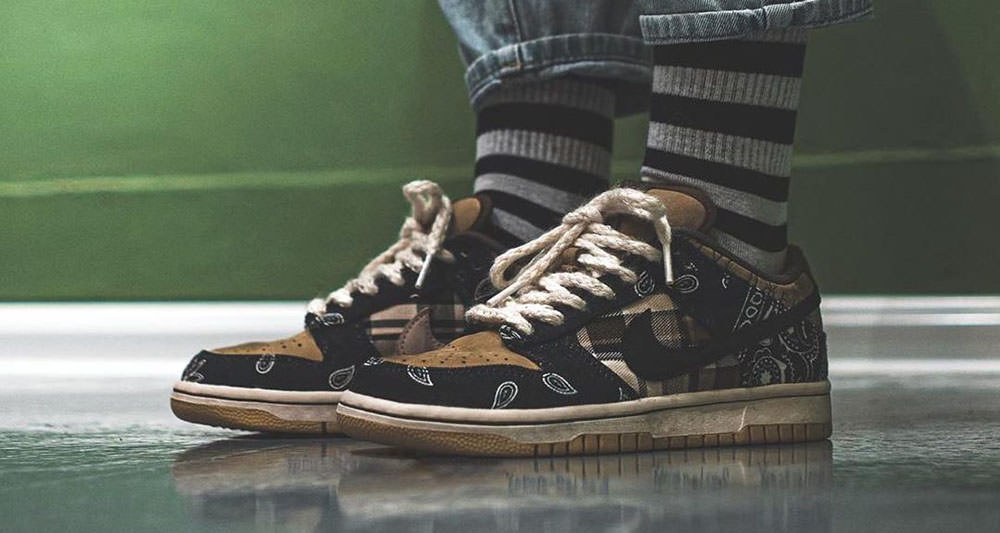 Teased for several weeks or even for several months, we finally have an official release date for the Travis Scott x Nike SB Dunk Low Cactus Jack.

A few weeks ago, in a short video from Scott’s collective JACKBOYS, several shots captured the rapper wearing a pair of Nike SB Dunk Lows believed to be an upcoming collab.

We now have a better look and especially a release date for the collab. According to the different images that had leaked in recent months and the ones which have surfaced recently, the pair will sport a beige upper.

The sneaker is accented by a “Cactus Jack” debossed design at the rear. Removable paisley and plaid print overlays are also featured.

Finally, other details such as corduroy in Paisley print and checkered coverings appear on the quarter panel. Thick braided laces and a white midsole overhanging a beige outsole round off the look.

Check out official images of the Travis Scott x Nike SB Dunk Low “Cactus Jack” just below and get ready to grab yours at the end of the month.

The Travis Scott x Nike SB “Cactus Jack” is set to release at select retailers such as The Canteen on February 29. You can also head over to Stadium Goods to shop for an early pair.

Our favorite Looks from the Ultra Exclusive Oscars After-Party