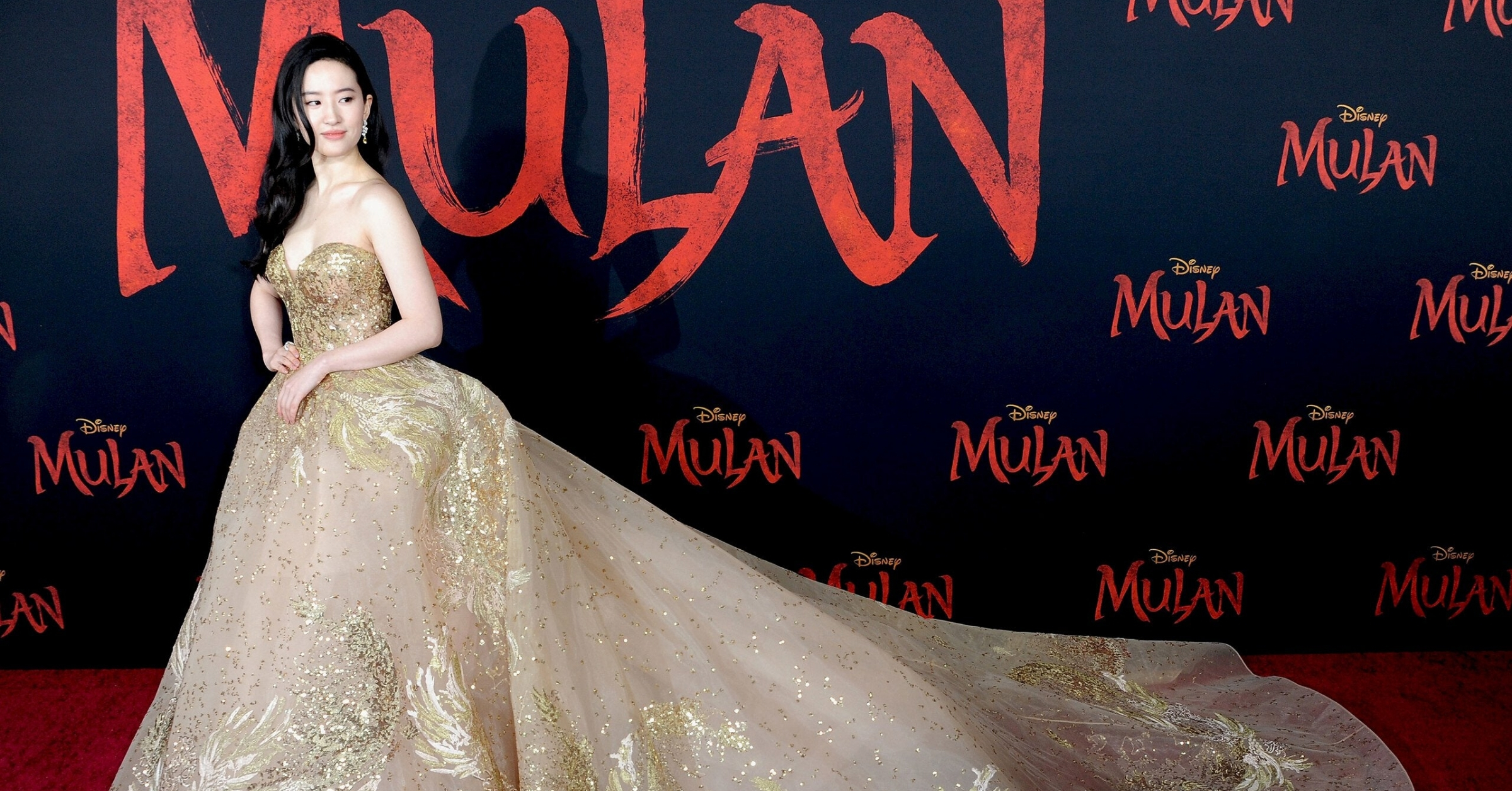 Despite a series of event cancellations this week, our favourite stars showed up at Disney’s “Mulan” Premiere on Monday evening in Los Angeles. Here are all the best red carpet dresses!

After months of waiting, Disney’s live-action remake of the animated classic Mulan is about to hit theatres. In fact, the highly anticipated movie will finally come out on March 27, 2020.

In honour of its upcoming release, celebrities gathered at the Los Angeles red carpet premiere on Monday, March 9.

Hollywood’s biggest names graced the red carpet in their most glamorous dresses and most swoon-worthy suits.

In addition, the iconic Amputee model Paola Antonini also made a statement in a beautiful short dress showing her artificial leg.

On the men’s side, suits were the common outfit. We’ve seen different colour schemes ranging from red and pink to more tonal colorways.

Liu Yifei shined bright in a look from Elie Saab’s fall/winter 19 couture collection. Already a significant celebrity in Asia, the Chinese-American actress and singer beat out thousands for the lead role.

She caught all the attention with her apparition in Saab’s voluminous “phoenix dress”. The latest featured miles of gold brocade, a built-in corset, and impressive beadwork. An eye-catching and magical creation that required charisma.

Scroll through the gallery just below and check out the celebs’ best looks from the Disney Mulan red carpet.

If you want more glamourous inspiration, you might want to check out all the best looks from “Westworld” Season 3 Premiere Red Carpet.

As always, stay tuned for more news like this and don’t forget to follow us on social media.