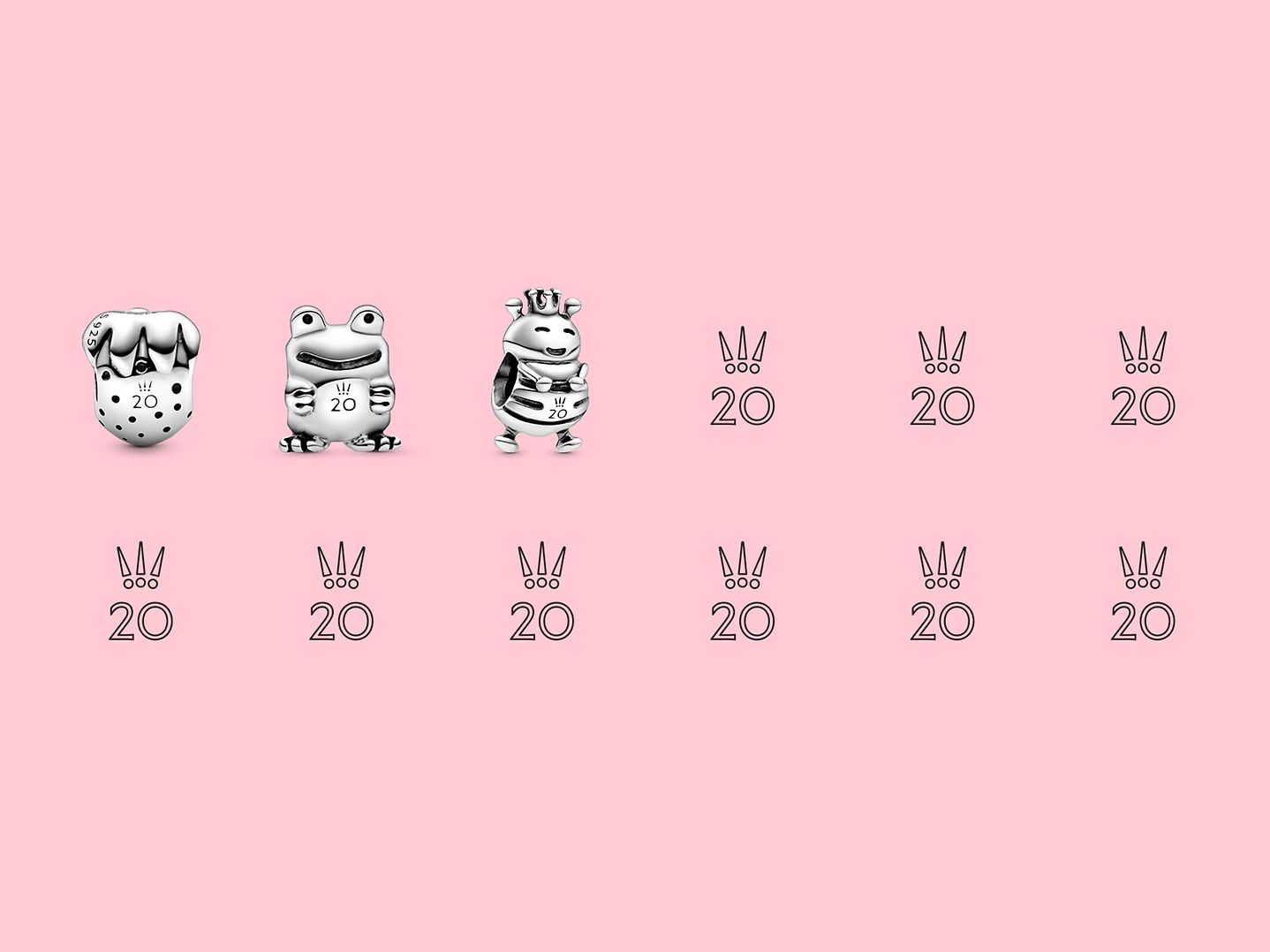 Following the January Strawberry charm and the February Frog charm, we now have a first look at the March Bee charm as part of the Pandora 20th anniversary collection.

Since 2000, Pandora charms have embodied the stories of many people. Each representing a universe of memories and meanings specific to the one who wears it.

As you know, this year marks 20 years of Pandora’s iconic charms. And to celebrate the occasion, the brand will relaunch an exclusive collection of archive charms in limited edition. A total of 12 anniversary charms will be launched in 2020, one on the 20th of each month.

Each charm will be inspired by the brand’s archives and will be engraved with a special 20th-anniversary hallmark.

For March 2020, Pandora released the Limited Edition Bee Charm. It is the third charm reimagined and relaunched to celebrate the iconic Pandora charm bracelet’s 20th birthday.

The charm is actually available since 10 AM on pandora.net.

Be quick, because both the January and the February limited-edition collector’s charms sold out in record time. In fact, it took less than 2 hours for the February Frog Charm to be out of stock.

If you can’t grab yours before it sells out, you will still be able to buy one on Ebay.com but you’ll end up paying twice as much as the retail price.

The March Bee Charm, as its name expresses, features a seemingly happy bee wearing a crown. On its belly, you can see the special 20th-anniversary engraving.

Here’s what the Frog charm, released on February 20, looked like.

And finally, here is the Strawberry charm, which was the first piece in the pandora 20th-anniversary collection, released on January 20.

We don’t know what will be the next charm yet but we know that the release is set for April 20 on Pandora.net.