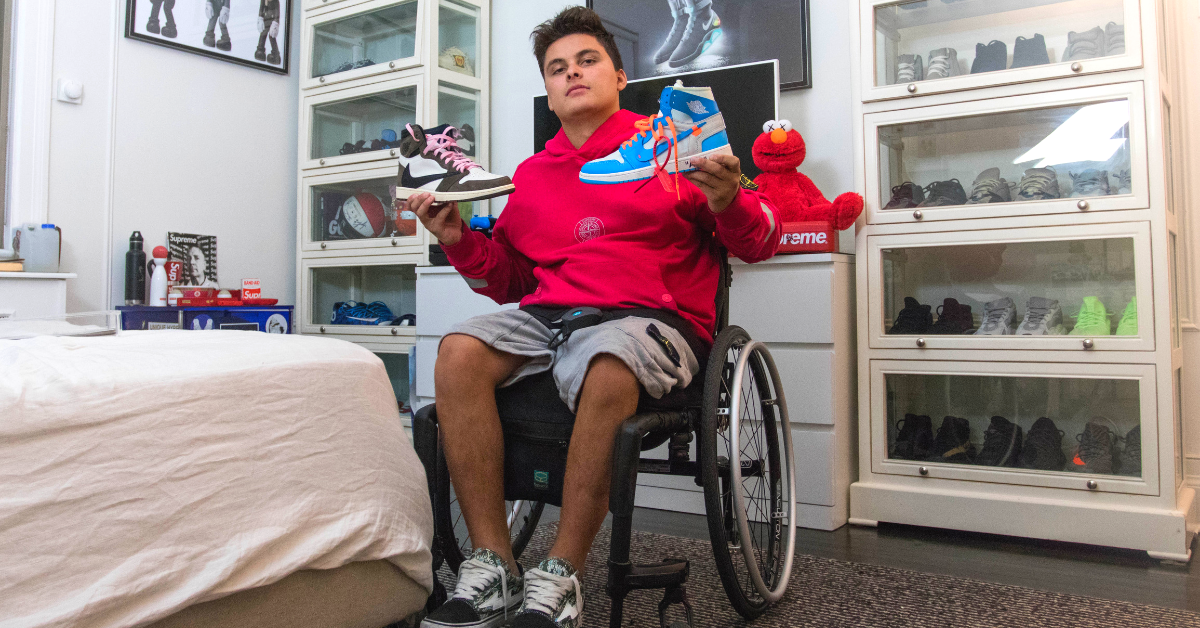 At the age of 13 years old, Emmanuel Mavridakis suffered from a terrible accident while he was exiting his country house on his ATV.  A speeding car hit him on the side, projecting him 75 feet in the air and leaving him unconscious.

When rushed to the nearest hospital, Emmanuel was in a critical state, fighting for his life. For the first 72 hours, doctors didn’t think he would even be able to make it.

His friends and family were devastated when they heard that they might never talk to Emmanuel again, that he might never wake up and that if he did, chances are he would be in a vegetative state.

Miraculously, Mavridakis woke up, but he was unfortunately considered as a quadriplegic. Both his legs and his left arm were paralyzed.

“It was really hard being 13, being told that I might never be able to walk again, talk again or play basketball again” – Emmanuel Mavridakis

At first, Emmanuel was in a terrible situation. He couldn’t do most of the thing he used to do, like getting into his bed. He had missed half the school year and was told by the rehabilitation center that he would be in a wheelchair for the rest of his life. It was a lot to take in for a 13 year-old.

Even though he was in an awful situation,  Mavridakis kept a positive and hopeful mindset. He never accepted the fact that he would live in a wheelchair for the rest of his life.

So, he did everything in his power to reach the ultimate goal of walking and playing basketball again. He went to several clinics, tried multiple treatments and worked out 6 days a week. Extraordinarily, Emmanuel started regaining sensation and strength. What first started as a chest-down paralysis has now become a knee down paralysis.

He is closer than ever to his ultimate goal.

Emmanuel gained a strong interest in fashion after his accident. While watching basketball games he noticed a lot of athletes and celebrities wearing high-end fashion brands.

He immediately fell in love with hype clothing and exclusive sneakers. Fashion was, for him, a passion that he could fulfill even though he was in a wheelchair.

He really wanted to put an end to the stigma that paraplegics and people with disabilities can’t be hype and do cool things.

Watch young Hypebeasts from Montreal flex 100k worth of clothes

Nike is one of the Healthiest Companies in the World